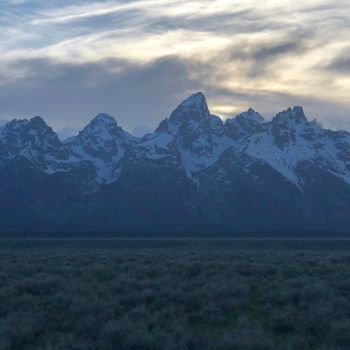 I have caught myself talking in the past with salespeople crafting their latest slidedeck about music album cover art.

I’m a man who once toiled over an internal powerpoint to make each section follow iconic 80s sleeves.

Yet designers of these fleeting pop culture moments display several tricks we’d do well to build on or borrow.

A man who, despite the release of his two great LPs being a decade ago, continues to demonstrate an innate knack for the attention grabbing artwork is Kanye West.

I even replicated his last cover for a slide myself. His repeated title (The Life Of Pablo) on peach background became for me ‘change is inevitable … except from a vending machine’.

So it appears his latest EP was supposedly all set for this artwork; 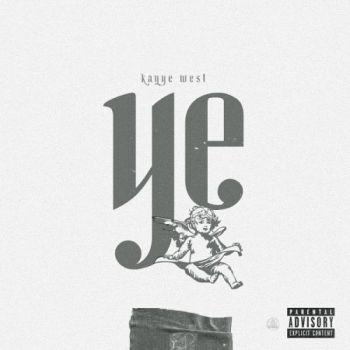 Until he drove last week to his launch party. On the way, so legend has it, to Jackson Hole Wyoming USA he spotted the mountain range you see up top.

A quick snap on his phone and a new cover was born. (I’ve filtered it here to make it a touch brighter and slightly more colourful & which note revels in the wonderful filename blnak1.)

Which idea strikes you as the ‘best’?

He then added his own zeitgeist slogan, in small size font resembling handwritten letters of neon green.

And crucially, understanding the power of a meme, allowed fans to create their own. With this natty ‘ye cover generator‘.

The next being anything that is mini-meme-able is a winner for a slide. Although the usual ‘humour health warning’ caveats apply. Pleasant plays on strategy straplines, existing ad imagery or corporate idents can all work in our favour.

Finally, this construct of a ‘view’ also appeals to me. I once saw notable recall when I took a pic outward a client’s corner office. Then used that view as a slide backdrop. Trying to show how I was seeking to see things from their perspective.

In fact that went down so well, I’ve repeated this since. Most recently with a kind of Andreas Gursky treatment of skyscraper windows opposite one prospect’s open-plan floor in the clouds. (My first Gursky moment being his mesmeric ‘Chicago, Board of Trade II‘ from 1999.)

So despite being disposable popart, there’s likely a trio of ‘Window View Meme-Ready Album Slide Image’ ideas to take from even this most ephemeral of creations.