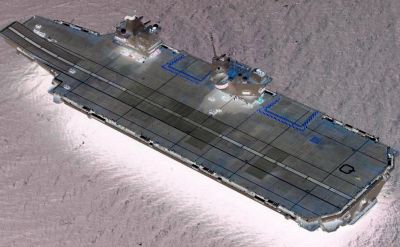 As sea trials began of the largest ever ship built for the British Navy, Big Lizzie to her friends, seasoned war correspondent Max Hastings was among many informed observers decrying the “£6billion blunder that should be scuttled“.

I’ve blogged before on solution selling lessons from the almost endless bizarrerie that envelops some of the world’s largest procurement follies in the form of military spend. Here we can hopefully take heed from five more such buyer pains:

Applying to both preference and usefulness, if there is zero of it, then there really can be nothing good to be said of it. (As Wimbledon – I cannot believe #wimby is now a thing – begins could you say Love Utility, or even Bagel Utility?)

The idea of marginal utility also has legs in a deal context. Where having more of something would bring even better ‘value’.

Identifying the positive utility of a purchased project from you (or the negative utility of continuing with some other, current way) could add significant punch to your argument.

Fighting Last War, Not The Next

A slightly different point, the classic Sales cartoon springs to mind which every 80s sales trainer showed on a slide. Where the infantry general with the huge sword refuses to see the rep selling a machine gun because he’s too busy walking into battle.

Back at sea, it seems smaller, nimbler vessels are more vital for tomorrow’s Defence rather than more giant proto-helicarriers of the past. Not to mention investment in cyber, extremism and escalating espionage. Is future-proof in reality simply tonight-proof?

Any bid must be wary of the chances of costs spiralling sky-high. Post-sale firefighting being a career killer.

This ship runs on xp. At the time of smashing the champers on the bow a positively Jurassic 15 years old. Unsupported now for three. The Harrier jump-jet for which it’d be ideal are long scrapped with a US F-35 fighter so out of control even the Americans are trying to ditch it the only option on the table.

I’ve seen buyer surveys suggesting a ‘typical project overrun‘ can be double-digit percentage points. Indeed, one such IT stat that gets frequent corporate airings cites (perhaps) an HBR finding that “the average cost overrun of all projects is 27%” . Get on the right side of these inevitabilities and you can enjoy a safer, ahem, sail.

Maybe the trickiest. Rockstar execs, Founder egos, empire-builders. Purse strings can get loosened when only the biggest, brightest or boldest will do, regardless of applicability.

Here’s such a scathing para; “How much smarter it would have been to build a couple of cheap ’n’ cheerful naval platforms from which to launch drones and low-tech aircraft. For that, one could almost have welded steel plates on top of tanker hulls, to create acceptable flight decks.” But no. Woollen tunics in the tropics it is.

Columnist colleague Peter Hitchens adds this fifth. I love especially that it is the meaning of the international signal flag for the letter U.

I also like its connection with the business maxim to stay still, is to actually go backwards. Stand in the old naval sense differs from on land. It’s more the unwelcome destination where you’re headed or what’s about to hit you if you do nothing. So many an incumbent oust or brand new product sell can be quickened through this angle.