One for those with particular interest to wholesale environments and in general keen on the sniper’s rifle rather than blunderbus on their territories. Is philosopher Nassim Nicholas Taleb one of an emerging band of thinkers who believe Pareto’s long held principle does not apply?

He suggests that instead, you can think of 50/1. Perhaps, for instance, half of all good comes from a mere one percent of people.

High-growth companies represent only 6 per cent of all UK firms employing ten or more people, but accounted for more than half the growth in jobs.

More specifically, 11,530 high-growth firms were responsible for 1.3 million out of the increase in 2.4 million new jobs in established businesses employing ten or more people between 2005 and 2008 (54 per cent).

Whoa. Does this vindicate the aforementioned banker-turned-philosopher? More pertinently for sellers, if it looks like it does, then what are the implications on our patch?

Well, utilising a lesser-known aspect of the original analysis, Pareto found that beyond the fabled 80/20, in fact a 95/5 effect was in play. That is, 95% of all Roman property was owned by a small 5% elite.

Either way, does it suggest that a simple and almost ubiquitous 80/20 slice should not be the only way you dice your plans? 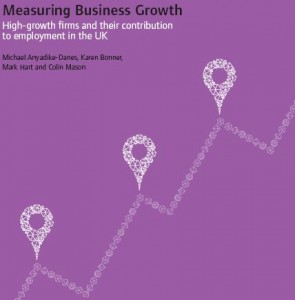