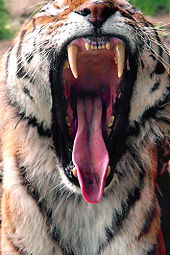 A weekend post with a potential single slide idea for those inclined to be a touch ‘motivational’. Not that I necessarily recommend this approach, but for the odd internal rah-rah it can (just) have a place.

It also serves as a neat little prod if you’re feeling a smidgen down about progress at the mo’.

Awaiting the cricket on the radio the other Sunday I caught the latest Desert Island Discs with an entertaining lady, Heather Rabbats.

She liked a quote that I’d heard before, albeit in slightly different form, involving a metaphor for living the optimum life using animals;

Better to live a year as a lion than a hundred years as a sheep.

Whether your lion’s year is actually a day, or the sheep is rather a jackal, the point is clear. I instantly recalled another similar message, also deploying animals;

Although in one rather recent puerile comedy flick, I note that the mouse was instead, a ‘pussy’.

As a chillin’ Sunday morning aside, I got to thinking whether any other cutesy ‘inspiration’ quotes were out there using animals. This could take up far too much of your time if you’re not careful;

Behold the turtle. He makes progress only when he sticks his neck out.

High office is like a pyramid; only two kinds of animals reach the summit, reptiles and eagles

The owl of ignorance lays the egg of pride

But back to our tiger in the mould of the above mentioned turtle.

Surely you can take any two animals at random and pitch them together to evoke an image. It’s a kind of one-armed bandit fruit machine. Whirl the wheels and you can make practically any point you want from evoking a pair of creatures.

Bang them on a slide and Robert’s your parent’s sibling’s hubby.

…and one more about crocodiles from a while back…