Cook-off reality show Come Dine With Me is not only voyeuristically addictive, it also has the best voiceover on telly. With a flavour now available in just about every corner of the globe, for those not in the know, a handful of people host each other during a week of dinner parties. They vote marks out of ten after every meal in secret and, after usually catastrophic and barbarous jinks, one gets awarded a grand as winner. 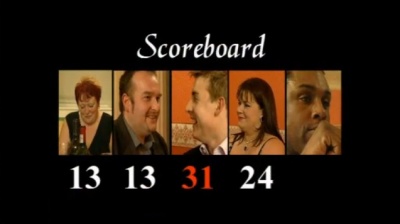 This trainwreck tv is so popular it’s now spawned its own range of accompanying branded goods, including best-selling recipe books and even board games.

There’s a host of tips around the web on how to avoid humiliation on the programme, such as never be a wine buff, don’t get all spiritual and steer well clear of stews, pies and anything spicy hot.

Yet one tactic that is clear after seeing several episodes, is never go first. The person that takes up the mantle is doomed not to win. It just doesn’t happen.

I suspect there are psychological reasons for this. They may include such effects as benchmarking, process familiarity and criteria clarity.

And this mirrors a slightly different pageant, the solution selling Final Presentation.

When a shortlist is created, there’s usually two or three vendors competing for the business. How you get given your slot is a fascinating microcosm of the entire process.

In a competitive bid my preference is always go last. When the eventual forum clientside convenes to award the contract, your performance will be the freshest. In addition, when you’re last, you should be able to glean crucial pointers from your internal champion that you must use to ultimately tip the balance your way.

When you have to deliver your own Board Presentation, if you want the glory then just like in Come Dine With Me, be last into the kitchen.