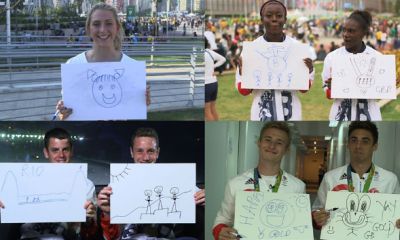 Drawing is a skill I’m always keen to (re)introduce to salespeople.

Counter-intuitively, sellers tend to shy away from leaping up in front of a prospect and let their marker pen do the talking.

I was delighted to see these 90 seconds where Team GB achievers were asked to quickly scribble their artwork of the experience, “to show how they are feeling after success at Rio 2016”.

The Team became the first ever nation to increase their medal haul in the next Games after hosting. Indeed, the first nation to improve over each of five successive Olympics. And smashed their target of 48 medals by winning 67. 129 of 366 competitors gained a medal. An impressive 35%.

There’s plenty to take from this exercise for your next team get-together.

How do your customers feel once bought from you? What’s the best thing about what you sell? Which part of your offer truly sets you apart?

The olympian sample here were each given their own A3 natty branded Rio Postcard. Something you could adapt and self-message for your own sales shindig.

Then you sense that when a pair of medallists sketch side by side, there’s potential for similar output. So avoid such influence if you can.

You’ve got to admire triathlon champ Alistair Brownlee for his flip ‘reveal’, ensuring he sneaked limelight from younger brother Jonny.

Finally, here’s 200m breaststroke world record holding swimmer Adam Peaty and what he’d been dreaming about since childhood; his Gold. 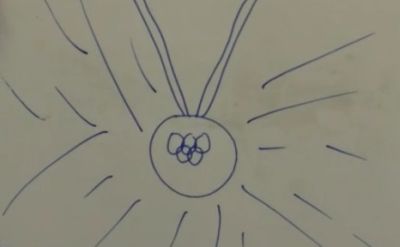