You hear it on documentaries. Even Malcolm Gladwell referred to it in Outliers. When a plane crashes it is seldom through one single, isolated cause. It’s usually because several small things happen. When one wrong turn occurs, subsequent issues arise which can compound it. Combined, these cue tragedy. 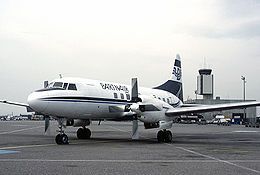 The Canadian documentary I saw recently followed investigator Finn Heimdal work out how 55 people plunged into the sea between Oslo and Hamburg on Partnair flight 394 in 1989.

All sorts of diversions and red herrings cropped up.

Did an F-16 warplane pressure wave close overhead fatally destabilise the plane?
Could a rogue missile from a nearby naval cold rocket exercise have struck?
When bomb residue was found, was there enough to force a fatal explosion?
Was it the results of a possible assassination attempt on the Norwegian PM who’d hired the plane for a few days just beforehand?

In the end, faulty spare parts were the final factor. Three of the four bolts tying the tail to the fuselage were “bogus”. They failed. Allowing them to wreak destruction, were several factors;

one of the two main power generators not working and not able to be fixed on the ground before the final flight,
selecting an alternative power source with one of its three mountings broken,
a maintenance engineer only replacing one of the four bogus bolts,
and the vibrations from the two partially secured areas coming to resonate at the same frequency. This “coupled harmonics” meant they fed each other when in sync, ultimately breaking up the plane in mid-air.

There’s an uncanny parallel with many a lost sales deal. They are often not lost because of just one thing. Rather, little errors feed each other and amplify their negative impact.

Often, these are tiny deviations from your ideal Process. They take you down a path where you’re constantly re-adjusting. Or justifying to yourself you’re still on track. When in reality you’re headed for disaster. Have you spotted these developments in the past? Is there one diverting you right now?