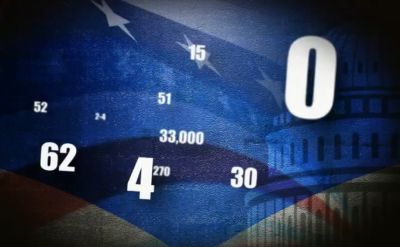 Yes, I found myself strangely engaged by a live feed of 2016’s first American Presidential Debate.

I thought it was pretty tight. Until I was astonished by that flippant remark; “that makes me smart”. In an instant us normals paying our income tax rendered dumb.

Journalist Emily Maitliss ran through “metrics”. Which she explained were thought to show Clinton edged Trump.

These included snap polls; 62-27 (CNN) and 51-42 (PPP). Although the reporting over the subsequent days can have more sway, a typical bounce for the perceived ‘winner’ is historically between two and four percent.

As well as the tax dismissal, Trump suffered from a damaging bout of the sniffles. 15 of them. Yet did not seem to have a cold.

Emily went on to state that pundits look at who gained “possession of the argument”. My sales ear instantly latched on to this.

Was Google my friend? It returned only 4 separate results (in 0.51 seconds) for this phrase. None relating to politics. Some punditable then.

Still, the theory seemed attractive. She took into account false claim tendency. Citing a Toronto paperman, there were two merely ‘misleading’ claims by each. But, Trump was said to have made a whopping 34 outright whoppers, compared to just 4 by Clinton.

She also examined interruptions. Again, Trump was way ahead. Not in a good way. He made three times as many; 51 to 17. Several more if you add on those aimed solely at the moderator.

So butting-in during and falsehoods spotted after seem mainly to drive argument possession. The lesser, the better.

I recall a seasoned sales vet chide supposedly experienced trainees for talking over a prospect. He said it was a vital piece of sales etiquette. Do it, and say goodbye to a deal. Whether come November the perhaps unstoppable Donaldtrain agrees is another matter. Do not ever catch yourself constantly interrupting.

Another simple point hammered home to me early in my selling happily matched my own outlook. Cheating isn’t winning. Do not ever leave yourself open to being fact-checked off the bid.