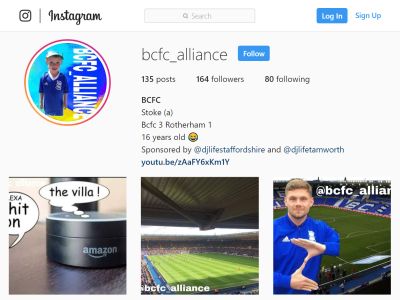 As this instagram page of a 16yo footie fan showed back in October, my football team’s clan have a hand signal of belonging.

Bottom-right above, a current player demonstrates.

It comes from reclaiming for today’s enlightened times the name of the 80s “firm” calling themselves Zulu Warriors.

A hooligan darkness now well behind us.

It does not align with rugby union’s Durban Sharks. Eventhough the stadium’s southern stand is (one of many down the years) named in reference to the Boer War‘s brutal 1900 battle in that now S African vicinity.

So it is with relief that the label is remodeled by the modern-day supporter.

As we enter the festive season, for some planning turns to team kick-off shindigs just a few days away the other side of New Year revelry.

Is there something in the workshopping of a team hand signal?

I’ve joked around about a company song in a fair number of salesteams over time.

Making up crazy lyrics to a hit melody.

Even throwing in the odd dance move.

Among the jollity, there’s a key cultural point to be gained here.

Hand signs are way less barrier prone than the likes of singing.

Creating your own signal and you may well unlock another crucial way of embedding your desired thinking.

You can doubtless think of some you’ve encountered yourself.

From the world of sport and entertainment they abound.

Perhaps the most well known being the Vulcan Salute. It even has its own emoji 🖖 (aka Spock & Star Trek). Involving a palm outward hand, with the fingers separated in pairs with gap between the ring and the middle.

I recall American rapper labelmates at Rocafella making a diamond shaped hole. Then what about Formula One world champ Jensen Button and his podium-topping ‘W’. And the legion of footballers that score and make a heart to their adoring fans.

My own surname’s viking heritage I’ve managed to turn into a symbol of adventureful belonging.

Could your team of eagers be trusted to conjure up – and crucially explain – a winning hand signal that shoes what your sales efforts and delivery are all about…?