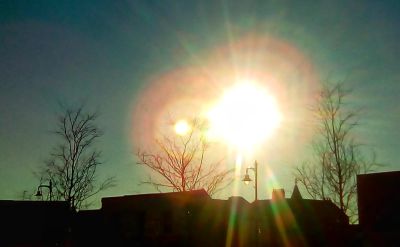 I learn this week that whilst there is no official definition of a heatwave, the more temperate climates use the above gauge as their guide to ascribing labels to excessive heat.

This definition does not only apply to the furnace of the desert. It is also apt for what Britain is experiencing right now.

Twelve months ago, the Beast From The East brought sub-zero blasts and imperilling conditions. What an incredible difference a year makes. A kink in the Jetstream above the Atlantic and warm winds rush our way from the Canaries. 20°C in Winter recorded for the first ever time on these green and pleasant islands.

Meteorologists pedantically try and claim we shouldn’t refer to ‘hot’ in this season. Preferring us to use the term ‘exceptionally mild’. Really. Typical techies, right?

Which reminds my Sales hat about incentives. Specifically here, a spif or bonus.

Can you as Manager cook up a Saleswave of your own?

Using the ‘five’ periods of ‘excess’ as your platform, you could offer extra for those hitting a certain amount (at least 5%) beyond their nominal targets for a successive (5?) number of periods.

Then this could be micro’d too. How about bringing deals home with your equivalent of the 5pc extra margin than is currently the norm, also five times on the spin?

There’s plenty to keep you thinking. Just remember how to promote, track, maintain motivation for and fund your Saleswave. Then you too could be wearing your shorts, eating ice-cream on the prom in mid-Winter.