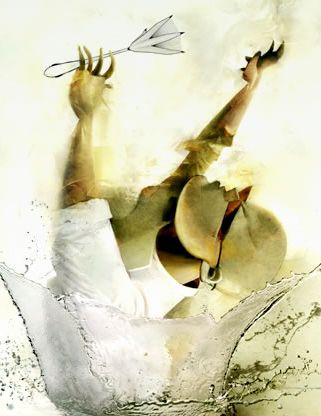 As any foodie will tell you, uber-chef Heston Blumenthal is a man at the top of his game. Given the extraordinary amount of rain the early season cricket has suffered, it was a delight to hear him during yet another bad weather delay during the Lord’s Test on TMS. As usual, interviewer Aggers expressed his typical ineptitude at matters beyond cricket, and sought cooking advice from the master.

His chief concern appeared to be needing an overwhelming amount of equipment for even the simplest of lasagne. And still getting it wrong. What tips could the self-confessed “ten saucepan man” glean?

Heston thinks the single biggest reason why people fail in the kitchen is because of their impatience.

They get a recipe and don’t read it through first. They simply get cracking with step one.

What you should do, he believes, is read each step thoroughly. Then work out for yourself the order in which you’ll do things. Whichever takes the longest, do first. Work out what can’t wait at the end and do that last.

The example he gave was of a simple meal. Meat can rest and keep its warmth. Veg can be cooked beforehand and easily re-heated. Whereas roast potatoes must be served as soon as they’re cooked (re-heating makes them go chewy apparently).

Such impatience can easily derail a sale. Are you aimlessly rushing towards a Close?

What are the agreements that you need to coincide neatly together to prevail? Which of them when you get it, mean you must at that precise moment serve up your contracts?

And overall, do you even have a recipe to follow? No sales process ultimately means no food on your table.