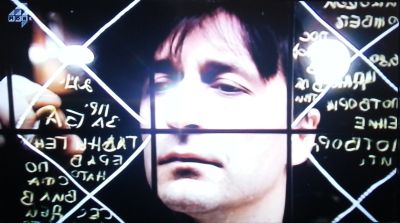 November 1983 and we were apparently on the “Brink Of Apocalypse”.

The West were mounting war games to keep themselves sharp. Known as Operation Able Archer, military ‘traffic’ intensified after a pretend incident escalates to the point of atomic action.

The atmosphere at the time Moscow-side was febrile. Even the head of the KGB would not listen to any report that did not conclude The West was up to something. When they mistakenly shot down a Korean passenger jet, tensions became taught to snapping point.

One operator got sacked because he didn’t send notice of messages of enemy missile launches intercepted up the chain. He decided (rightly) that if The West were to send in the bombs to wipeout The Soviets, then there wouldn’t be just five or six. There would be an enormous number.

In this documentary, shown around the 30th anniversary of the events, there were fascinating docudrama re-stagings of various activities. The above screen shot is of the Russian KGB nerve centre. An operative was writing on this huge grid on a wall.

On it were noted all the spy cells and their reports back. I find it hard to believe that such a glass wall existed. All in the style that only surfaced to surpass chalk and then whiteboards two decades later. But still, it’s a great piece of project visualisation. There’s more screengrabs of the moodily dark control room. 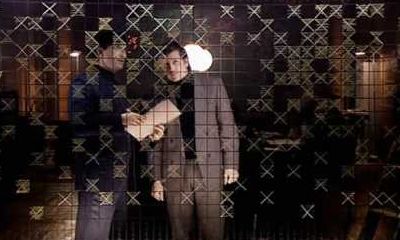 As you can see, the set design is a touch baffling. I don’t know why each grid with text also has a cross through it. Why do lots of blanks exist? And what exactly is being recorded is also a mystery. Yet the ability to see writ large current status and gaps is classic.

I suggest there is barely a decent deal where noting your standing in such a manner would not lead to greater understanding, foresight and planning.

You’ve plenty of axes at your disposal too. Take the org chart. Know your timeline. Who have you spoken to? Where do they sit? Which key people still need to be introduced? Standard solution sales fayre. And if you took a few mins to write it up on a whiteboard before a key account review with bosses in tow, then you too might just miss out on deal Armageddon. 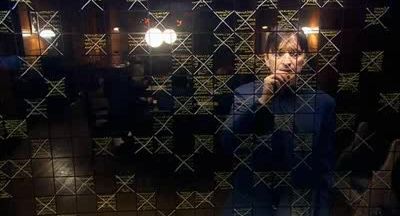