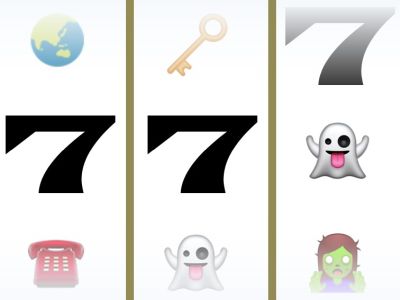 It is difficult to have respect for the gaming industry.

No Dustin Hoffman style Rain Man, Jeff Bridges Starman nor crack underground maths whizz team chronicled so electrically by Ben Mezrich in Bringing The House Down either exist or survive to blow the lid off the sector.

In Britain as I blog this, the life-destroying ‘crack cocaine’ FOBT (fixed odds betting terminals) are due by law to have their cost-per-spin slashed. From £100 to just £2. Said to stem the frightening two suicides a day at the hands of their helpless overuse.

Such coverage introduced me to a worrying piece of design. Slot machines and the like are specifically built so that you notice many times you almost won. These give the “player” the false belief that they’re getting close to a win, so keep feeding them their hard-earned.

It’s called the ‘near miss phenomenon’.

The effect appears widely studied. Wired even cited the suggestion that this is hard coded into our mammalian brains. Keeping us trying after failure on tasks of skill.

Old heads will often warn younger bucks that the biggest waste of a salesperson’s time is coming second. (Note that there are other flavours of this – such as post-sale firefighting and irrelevant form-filling – in a similar fashion to the alternatives that have cropped up ever since Aeschylus said two and half thousand years ago, “in war, the first casualty is truth”). This nugget is passed on chiefly to impart the value of hard nosed qualification.

Yet I have seen the ‘never will be’ masquerading as a perceived ‘nearly closed’. I once witnessed the trauma of a highly-paid salesman lose seven deals in a row from a shortlist of two. The mistakes multiplied. Process went criminally unrefined, let alone even addressed.

I suggest that the only reason to persevere after experiencing this so-called near miss effect yourself, is if you are absolutely sure your proven process was properly followed. Yet counsel that this is a rare occurrence.

The main tip is simple. It revolves around knowing your preferred process. That is, the actions, events and steps that when they take place, overwhelmingly lead you to win that bid.

This can actually be a little easier when selling a new product. As you ought be forced into evolving your selling stance with such.

In any case, just like if you were the sucked-in gambler, check that you do not get fooled by the ‘near miss’.