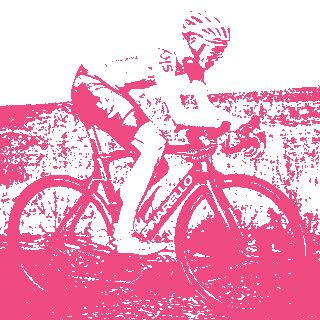 The cherished maglia rosa. The pink jersey worn by the race leader in the first of the year’s trio of cycling grand tours. So coloured to tie-in with the newsprint of early sponsor, an italian sport’s journal, or as we’d once say in England, a pink’un.

This year has just witnessed one of the all-time rides. On what was effectively the penultimate stage, Kenyan-born Brit and recent serial Tour de France champion Chris Froome incredibly sprang from fourth to title-clinching first.

It simply should not happen the way it did. Even his team manager said the move would “fail 99.9 per cent of the time”. A solo break from the peloton a full 80km from home with three brutal climbs still to go.

The cycling press universally label the feat phenomenal. An “epic” attack which may well ‘end up being one of the historic stages of the sport’.

Yet all balance this with the supposed cloud hanging over it. Due to the fact that asthmatic Froome, like millions worldwide, needs salbutamol to help with breathing. Which under doctor’s advice, an athlete may or may not be permitted to take inhaler doses that the typical person might not. The ongoing “adverse AF case”.

The always entertaining former pro turned author Michael Hutchinson beautifully described this conflict as ‘like Schrodinger’s race in which Froome is both in and not in’. (Which I note with glee Emma Pooley also liked.) 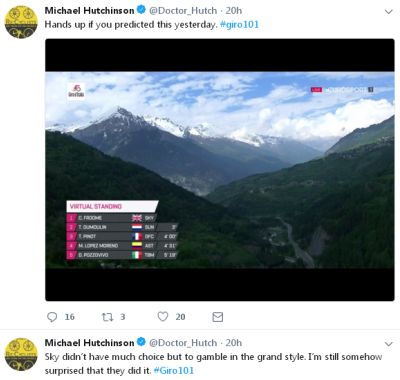 So what helped Froome become only the third person ever to simultaneously hold all three grand tours; the hallowed “Tiger Slam”? His supporting crew targeted this stage like no other planned.

A combo of pinpointing a descent with 27 hairpins for the break and minutely calculating where refuelling must occur to keep Froome tanked up with sufficient calories.

This meant taking on 70g of carbs an hour accompanied with perhaps 800mils of liquid or gels. But the critical thing is that the body can’t double up if you miss a slot. To maximise performance, the delivery must be timed to perfection. So it was that every single Team sky member – boss included – raced out to these precise locations along the route.

Take a bath one period, and the chances you can double-up the next are often slim to zero.

I once sat through a mini-presentation from an American sales manager. He was trying to show the assembled herd of sales cats how the commonplace haphazard ‘hockey-stick’ approach to funnel management was flawed. As well as a totally unnecessary stress building, energy sapping waste of our precious time. He was of course spot on. Despite the various bleats that buyers wait until midnight to order as they know they’ll gain extra discount.

A smooth pipeline is a sustainable one. Which is way more likely to see you smash quota each and every time. Easier said than done, naturally. Yet the Chris Froome treatment shows how it can be made to happen.

You’ve just got to crunch the numbers like Mr Marginal Gains Brailsford, then have your feeding spots on hand along the way.

Average buying cycle time, typical usage term, urgency drivers, project triggers, close ratios. Pop all these into your pot and simmer. With genuine progression contact plans that go way beyond the woeful “any news yet?” malaise.

Then you too can ride your opposition off their saddles as well.

As a footnote, I’m reminded of this decent slide idea. Where you give a pic the 2-colour reduction to monochrome, which in the case of Froome’s Pinarello F10 bike here I then gave the negative treatment, before making the background transparent so that I could place it on the maglia rosa pink. A neat way to showcase a particular product or standalone image silhouette on your (or your prospect) colour of note; 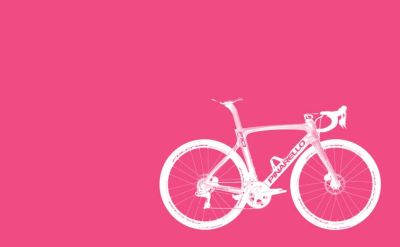