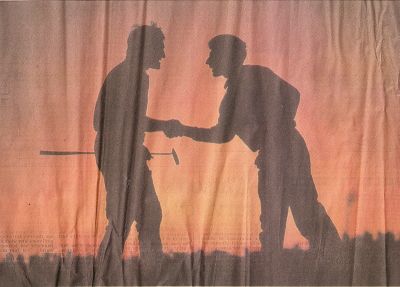 The Ryder Cup is terrific. It’s such a shame that in keeping with the worldwide sporting malaise, its administrators leave the interest of the paying spectator in tatters.

Still, after a rejigged intinerary, The Europe team were behind. Their coach, Colin Montgomerie, felt that his golfers were flat and lacking energy. “The passion wasn’t there. It needed to be ignited.”

In a team meeting when 6-4 down to the Americans, he sought to renew focus. He delivered a message, also pinned to the exit door as they left to rejoin the course.

“Team USA are going to come out fast.
Make sure we are coming out faster”

The result was an incredible 5½ – ½ sweep to reverse a two point deficit into three point lead to put Europe in the driving seat.

I heard several players refer to this message in the post-match interviews. It really did seem to do the trick.

Perhaps a similar instruction can turn around a current deal your team may be behind on?