Here’s an all-too-common pitch from a rep when something fresh has just been launched.

Here’s our new product for you. You’ve got to take it. It’s better than the last one. 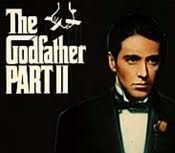 But how often are such ‘upgrades’ better than the their predecessor? Even in the movies, only one sequel has ever won Best Picture Oscar. Yet not only did the first also snare the gong, but is usually considered the superior of the pair anyway.

So why does Hollywood clamour for sequels? In 2007, the then Dreamworks studio chief shed some light on this in the Wall St Journal;

“What we are really doing is looking for sequels.
While sequels are more expensive than the originals, they are less risky and usually more successful.”

2005 research even put a figure on such startling performance improvements;

“Action films account for the highest number of sequel releases, some 51 movies or 29.8 per cent of all sequels.
However, sci-fi is probably the most successful sequel genre.
Not only does one series extend to 10 movies (Star Trek), the average revenues earned by the second title are an impressive 46.1 per cent above the first.”

So it is perhaps less the sequel itself, rather more about creating a long line of sequels. A family known as a franchise.

When salesteams are let loose on the latest wares, I am often struck by the focus on ‘newness’. Ground-breaking, unique and game-changing attributes often are the first and loudest to be associated with the launch on offer.

Whilst an obvious plus, this slant is not an ‘all things to all men’ answer.

Can you develop a parallel pitch? One that is less concerned with a break from the past? One that builds on the familiarity and comfort provided by earlier evolutions? One where you can say it has all the great things of the elder product, but adds to it in specific, and desired, areas?