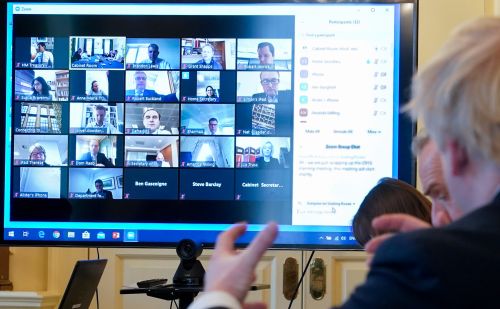 For the first ever time yesterday, the British Government held a Cabinet Meeting remotely.

A broader landscape snap of this cropped pic up top was widely circulated.

For what it’s worth, their video conferencing tool of choice was Zoom.

With only 45mins of freebie, there’s better out there. Decouplers among you will campaign against given their enormous China operation. Although it does appear an on-nomi favourite. Cheers!

I used a number of emerging such tech in the late 90s. The one that seemed to gain early traction being WebEx (engineers of which spookily went on to make Zoom).

A decade later and the wonders of what we used to call ‘Cisco discos’ with huge giant screens punctuated my time inside a major telco.

I could never work out how they couldn’t manage to get their camera to follow each person’s eyes though.

Before Skype made their blur background feature, I had a friend who brought wallpaper with a bookcase print on for his little study.

I myself favour as blank, non-descript a backdrop as possible. Single light coloured walls. Which isn’t always easy.

When seeing the grid of UK ministers, it’s clear many haven’t considered what those at the other end see. 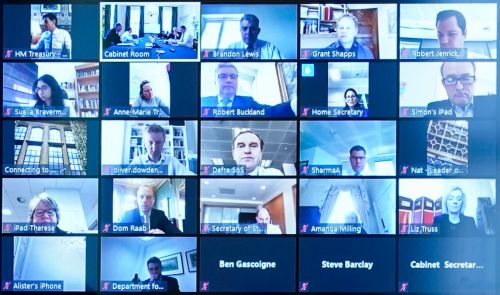 Turn your head around. What’s behind where you sit for you video calls?

What can you do to ‘minimalise’ it?

And that’s before we get to the critical issue of how unwanted it is to see up people’s nostrils.

Can you also put whatever houses your camera onto its own podium so that it’s nearer eye height? coronavirus

On 26 March the G20 leaders held a similar virtual summit. Pics released by those involved showed most Heads of State/Govts have a particular style; a blank wall behind them with their country’s flag prominent. Interestingly, The Americans opt for a different approach (middle of col-1, under Britain’s double-Union Jack Boris), one which stands out quite well though. 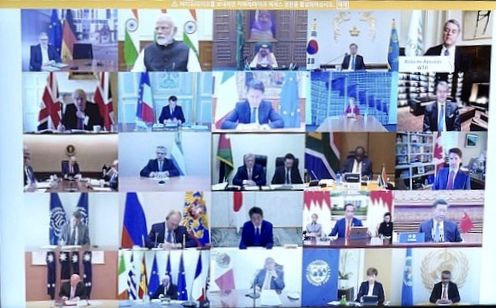 next but one day update – one of many also noticing this general phenomenon, here from a UK Cabinet Minister;

I’m going to post a working from home picture tomorrow, is it mandatory to take it in front of bookshelves?

This morning I chaired the first ever digital Cabinet.

Our message to the public is: stay at home, protect the NHS, save lives. #StayHomeSaveLives pic.twitter.com/pgeRc3FHIp