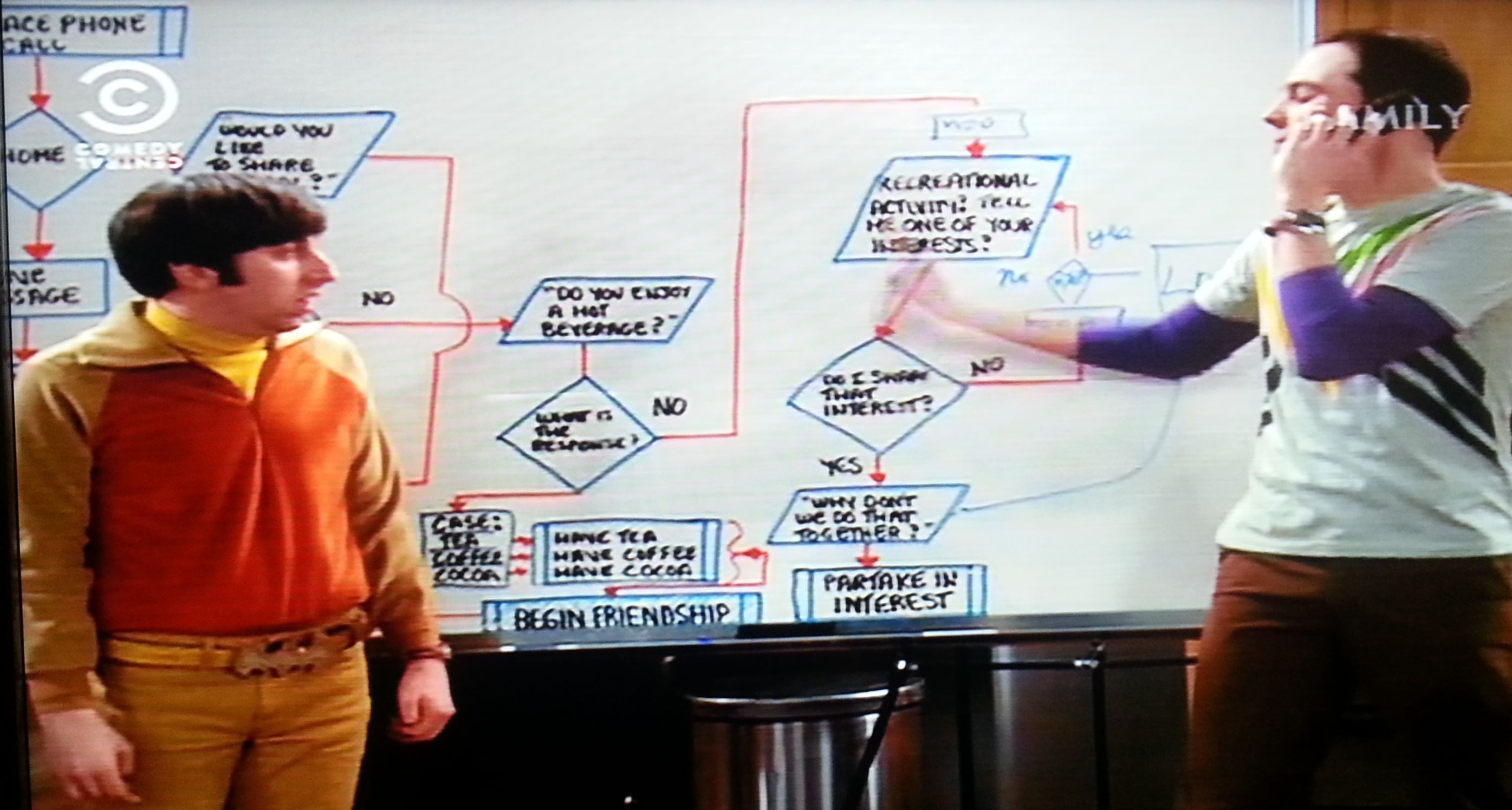 So in this particular episode I caught, Sheldon was determined to get a new friend.

True to type, he’d constructed this flow chart (see above, a raw pic of my actual telly screen) of how he was going to go about it. He was even impressed when Howard helped him get out of a possible eternal loop when suggesting ‘mate dates’.

Yes. I have seen such.

Sometimes, salespeople I meet, when talking about selling new products, try and be clever, They say things like, “what’s the one big thing we should do then?” Asked in as demanding a manner as they can muster without appearing openly hostile.

“One big thing” could encompass so many “things”. There’s no single answer here. Of course. Yet in the context of Sheldon’s flow diagram whiteboarding, there is one answer that springs to mind.

So for starters, a major flaw in the new-product-selling-rep can often be the tendency to give up immediately after the rejection faced on that very first call when pitching the new ware.

To help ensure understanding of this, perhaps a simple, Sheldon-esque flow chart is in order. An oblong for an action, a diamond for a question. (Other ‘flow’ items are available.)

The key is, to have several – at least half-a-dozen – questions, actions, responses.

It is incredibly rare to get a willing ‘sign me up!’ for a new product on that first call. So how do you create something different to say and do that can be the basis for calls two, three, and way beyond, to even six and seven?

Get working on Sheldon’s quest for a new friend…