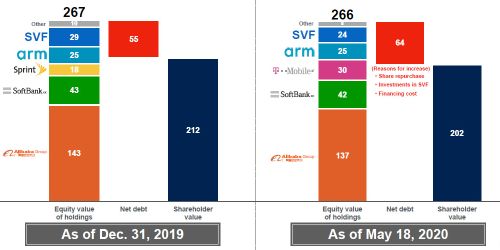 The graphic above begins about 17 minutes into the now infamous earnings call of 18 May 2020.

Going ‘beyond all the mere accounting metrics’, their mini waterfall chart described by founder and ceo as “the most important chart”. It shows large shareholder value decrease. “By 1.4tn yen”.

Those in Finance love these graphs. Also known as ‘cascade’ or ‘bridge’ charts.

Are we in selling using them enough? Especially in front of the keyholders to the corporate vaults?

Overall, the low calibre of graphics from perhaps the most influential venture capitalist on the planet is astonishing. 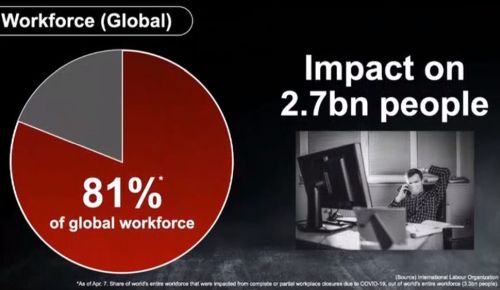 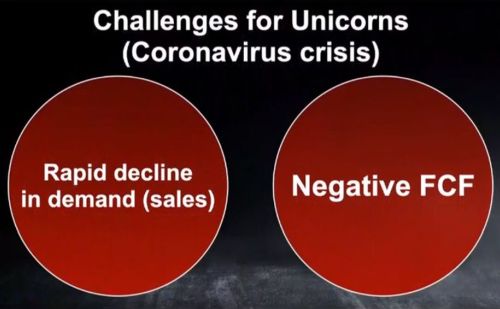 And here’s a composite pair that leaves you stunned the intern was clearly ignored when surely saying they could better;

Finally, the well reported pièce de résistance. Comparing yourself to Jesus to protest that you’re misunderstood is quite something. Admitting your headline recent investment has plummeted in value to a mere twentieth of its peak creates further scathing damage. Apparently, short-term office provider WeWork is a winged unicorn no more and will not jump across the ‘valley of coronavirus’: