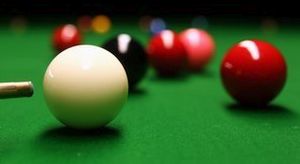 Any year I’m in a country where the World Championship can be seen on-screen, I always get hooked.

This year the standard has been electric.

I was happy to hear one finalist adapt the refrain first heard through tennis players, and most recently golfing superstar, Rory McIlroy.

Stay In The Now

The key to this thinking is twofold.

First, it’s a method of putting any disappointment straight behind you.

You’ve made a mistake. Missed a golden, fairly simple opportunity. Let your opponent back in the game when they should’ve been buried.

Never dwell. There’s still work to be done. Don’t let your mind get clogged in fog.

Second, it’s a reminder to stop getting ahead of yourself.

Like thinking on the next frame, sequence or match. Even worse, no picturing the glory.

There’s a famed story from how 6-time Snooker World Champ Steve Davis learned to ignore this in the lure of the prize money. Only one time he thought of the monetary reward from potting a ball. He went down for a pink, telling himself it was worth a (then sizeable to him) ten grand. And missed it, losing the title.

As the saying goes, “lose all that other stuff”.

This is highly instructive for salespeople too.

When cold calling. Kicking yourself for not having the “right” answer once you finally managed to reach a key suspect.

When at a meeting close. Annoyed going for all the myriad options several stages ahead rather than move a step at a time along the right process.

When forecasting. Creating confusion through being a busy fool, chasing down every deal when it means spreading yourself too thin. Realising you should instead qualify right to focus on the ones closely matching your ideal client profile.