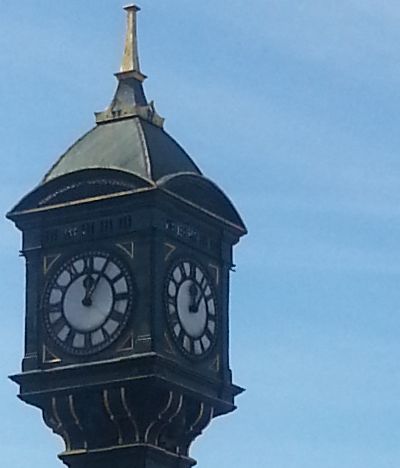 Over the weekend I caught tributes to Mickey Duff. Polish-born Cockney boxing promoter of last-century renown.

Apparently famed for coining the dismissive retort, “if you want loyalty, buy a dog”, I noted with interest another of his ideas, clock face theory.

It seemed he was an adroit matchmaker. For a long time the best in the business.

How he judged such match-ups, was by a boxer’s proximity to 12 o’clock.

Those right on 12 were to be avoided. They were at the top of their game. You were unlikely to beat them or make money from their fight.

The aim was to have his fighter at five-to. Hungry. On the up. And they wanted to be fighting someone at five-past. Glory days about to become a thing of the past. On their way down.

The skill was in knowing this when the wider sport did not. When they still viewed the opponent in a twelve-on-the-dot style, he was in. Telly would pay handsomely, venues were super-keen, punters lined up. Yet he could evidently see that complacency or deterioration was in play before anyone else.

I naturally thought on the sales and sport parallel.

You could take this analogy to judge prospects.

Their desirability in terms of your ideal customer profile springs to mind.

As does their propensity to value what you offer through a qualification or urgency lens.

There are metaphors aplenty here. Suffice to say, if I was given the choice of prospect, I’d prefer to work with the one open and eager, rather than one arrogant and obstructive.

As a footnote, this thought also reminded me of the original tennis scoring system. I blogged on how this too could produce another winning framework for deal analysis the next day.