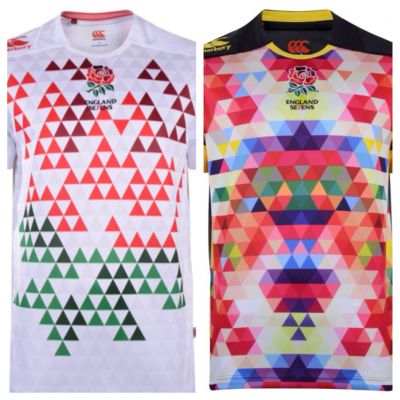 This weekend the Welsh were sent packing at Twickenham. Despite being favourites, the Warrenball outfit (so named because of the type of play kiwi coach Warren Gatland instils in them, a tedious game plan relying on big backs bashing over the gain-line – good enough for Lions glory but not now, obviously!) choked on the big day.

Plaudits rightly flowed to English coach Stuart Lancaster. He is a fascinating character. Echoes of many great sporting managers of recent times. Woodward, Brailsford, Ferguson, Mourinho. There’s pieces all in there and combines in unique style. He knows how to combine the wish to play well and the need to develop.

Whilst winning next year’s World Cup may still elude (destined to be perhaps the closest tournament ever) his philosophy is always worth a listen.

Refusing to get carried away, he reiterated after victory they were on the right lines and were shaping to challenge. When asked what he was working on, he summed up with this snappy sentence;

the practical and technical aspects on the pitch, the identity and sense of purpose off it

It struck me straight away how this simple, yet fundamental formula was completely ignored by so many salesteams I’ve seen in action.

Should on the pitch be taken to be our in the field, when do we hone our skills? In my early days I remember practising objection handling in the car on the way to meetings with my techie. How many other salesteams encourage similar? It just doesn’t happen. Get up in an account review or forecast meeting and do such a routine. Work on it over twenty minutes of a team mini-meet. Do it yourself driving with a colleague.

What about skills. There’s more to selling than just objection handling. How does practising, or rehearsing, any of them occur in your team environment? What ability are you tracking? Which facet is each person consciously nudging upwards themselves?

Off the pitch. In and around the office. My lips purse, eyelids fall and head shakes sideways at the thought of individual salespeople sharing values, knowing why they’re all in it and feeling part of a genuine team.

Telling them how to think cannot be the answer.

I have witnessed attempts at this. There’s plenty of quiet disengagement, suspicion, aloofness, even outright arrogance. Often someone believes it’s clever to be disruptive – annoyingly, usually a high performer – and merrily taking the mick, wilfully undermining the whole endeavour.

One thing I can tell you that team building is not, and that’s propping up a free bar.

Culture is moulded by many things. The nature and direction of formal internal sales meetings is certainly one. How are your’s running?

As an aside, the pic I used up top is of the current England rugby Sevens main and change strips. Reminded me of an idea I got on section title slides just last week…