My final of third reference to the “life-hacker bible” as lived and preached by author Tim Feriss. An easy reading manifesto for ditching the Nine-to-Five trudge that urges the pursuit of experiences over cube-dwelling, one fascinating section discusses the appropriateness of goal setting. 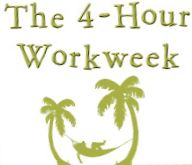 Its System Reset chapter starts with reference to this Alice In Wonderland conversation.

Alice: Would you tell me, please, which way I ought to go from here?
Cat: That depends a good deal on where you want to get to.
Alice: I don’t much care where …
Cat: Then it doesn’t matter which way you go.

The gist is that goals are worthy. His hammer is that unrealistic and unreasonable goals are the easiest to achieve.

He believes this for two main reasons; Most people settle for mediocrity & Realistic goals are uninspiring. Here’s a flavour.

The level of competition is thus fiercest for “realistic” goals, paradoxically making them the most time- and energy-consuming.

If the potential payoff is mediocre or average, so is your effort.

And for a kicker, how about his two examples to prove his point?

As the book suggests, rather than ask  ‘what is your goal’, instead test what truly fills you with excitement.