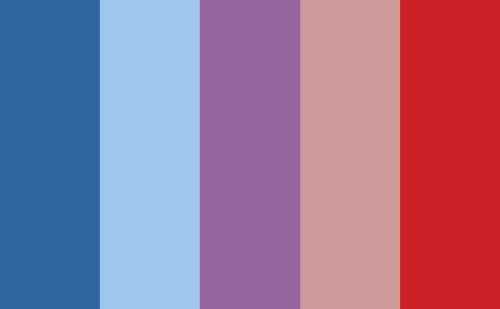 These colours are American. From a Likert Scale styling of online news media political leanings.

The centre ground – of colour mostly desaturated dark magenta – remember, is not the same thing as impartial output. According to the compilers, unbiased news does not exist.

This effort, as noble or otherwise you judge it, cannot be definitive. I myself disagreed with ratings of some media with which I was familiar.

Students of solution sell political mapping will be interested in what underpins these ratings.

There is their seven polar pairs of ideological bias.

Adaptations can be readily applied to many a procurement.

Off-the-shelf to bespoke. Small or Large supplier. Crest of wave or mature technology.

Then how about the eleven demonstrations of media bias.

We see several of such too.

What buyer bias of unsubstantiated claims, mudslinging or flawed logic haven’t hit us at one time or another?

These in total could well be a decent checklist to apply on a deal review.

Then you’re able to construct your own five-column chart.

Those strongly disposed against our Proposal on the left. Mildly so one-in. Neutral (if such a stance could really exist) in the middle. Slightly inclined towards us one-in from the right. Absolutely four-square behind us on the right.

You could (and perhaps should) change up your colours.

Take your main brand hue and dilute or grade towards its opposite.

Then stage one can be tackled.

Stage two is all about influence. Who applies it and who must feel it.