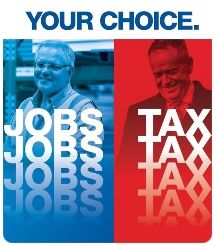 As Piers Morgan reveals, there are no Right leaning journalists at the tax-funded BBC. Even the loons that are currently running amok on The Left of British politics don’t trust the nation’s self-appointed arbiter of views either. This is not a demonstration of BBC News being impartial. Don’t be fooled.

Which is why everybody pretty much likes to bypass them and stoke digital havoc.

A problem with this is the echo chamber effect. Tribalism means you almost always only preach to the converted.

Precious few, if any, messages breakthrough to a wider audience.

The UK is currently a quarter through 2019’s unsnappiest of “snap” General Election campaign.

It appears the most picked up post by MSM in the first week was an edited interview amplifying a politician’s “dither and delay”. Output so mild in comparison to what supposed comedians have been spewing late-night for years yet causing misplaced apoplexy.

Still, early battlelines drawn are ravenously pored over. Three party leaders aggregate beyond two million followers across all platforms. Interestingly, Instagram’s top posts all being videos, the bread and butter pic/slide memes are yet to take hold. It is suggested by analysts that the most “actioned” posts so far are words short and strident.

Perhaps not the greatest of formats for our solution selling.

The incumbent party of government feature a mix of the aspirational – Unleash Britain’s Potential – the attack (the aforementioned “dither, delay“) and the central intent (the flagstone potential classic in the making, whether it succeeds or falls, of Get Brexit Done). With others on policy that although a touch longer than these trusted format three-word slogans, seek sharp reinforcement (1,000 new jobs created every single day, £5,000 for every pupil in every secondary school by next year & 50 million more GP appointments created next year).

In Australia earlier this year, “boomer memes” were credited with helping lead the ruling coalition to re-election. “We’d make them really basic and deliberately lame because they’d get shares and lift our reach”.

The image up top helped shape this year’s odds-upsetting poll Down Under.

It’s an image worth considering. In our context I would never suggest this angled against a direct competitor. Yet to discredited the status quo, I feel there is certainly something there.

With the victorious team there now in London, I was further intrigued to learn the pillars of their current thinking. They aim to pump out boomer memes on an industrial scale.

act fast, break things, move on – always been a fan of fast failure which nowadays even has its own hashtag; #failfast

water dripping on a stone – the label they give their single most important point, namely the best social media strategy is that you’ve got to be pushing the same consistent message day-in, day-out

Are these reflected in your current bid messaging at the top of your funnel or inside your prospect?