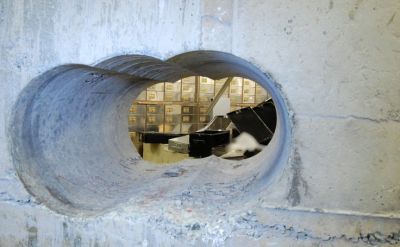 I do love a cheeky newsjack.

This week London’s Met Police released photos from inside the Hatton Garden Heist.

One picture from the Mayfair scene spread across the world’s media.

As shown above, three holes were drilled through the vault’s concrete wall.

Coverage in England so big, it knocked electioneering from top slot. Detail so fine, I now know the tool concerned as the Hilti DD350 drill. I wonder how Hilti reps reacted to this revelation…?

Then I saw The Times’ cartoonist, Peter Brookes’ satirical take. 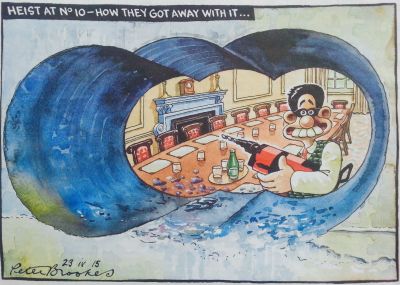 And that got my Sales synapses snapping.

For I often use cartoons as the basis for slides. In South Africa Zapiro gives constant source. I’ve remixed from The New Yorker and The Atlantic in the past in America. In London, The Telegraph’s Matt sparks ideas aplenty.

It’s relatively simple to sub your own image in here for the jewel vault.

Good for metaphors around where you want your salesforce to go with internal slides, or a particular nut to crack for prospect eyes.

By way of example, here’s a wikipedia computer room pic the other side of the concrete. 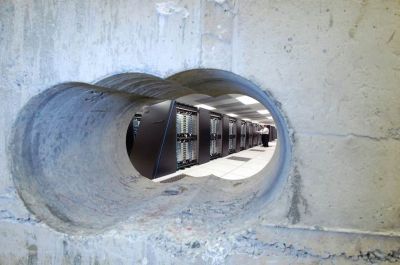 Any pic that represents the end of the rainbow you seek, or that which lies beyond an especially fearsome obstacle will do the trick. And it needn’t be an indoor shot either. 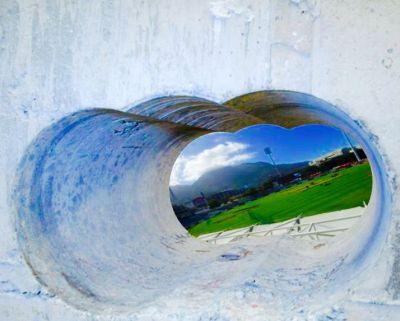 As a bonus, here’s another terrifyingly good cartoon from the same sword I photographed earlier in the year. 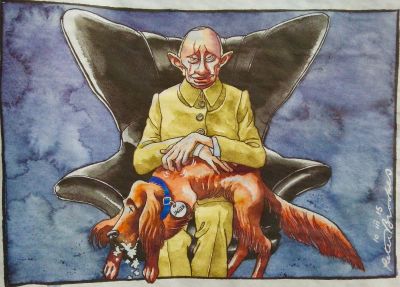