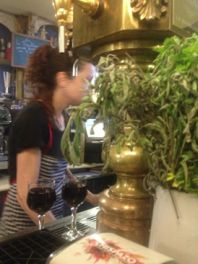 La Republicana is a vibrant bar inside the few blocks of Zaragoza’s central Tubo area.

When paying for the first of a few cheeky small glasses of delightful Rioja, I was (as appears the local custom) handed the receipt. 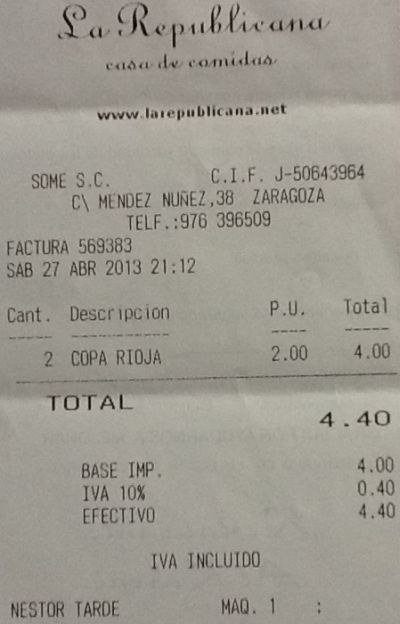 I thought nothing of this. Then I happened to see the back of their chit.

I’d never seen anything like this before at that time. And instantly could not believe that I hadn’t.

What a great idea. I immediately thought of all those marketing Net Promoter Score junkies who would run off and copy this idea at once.

In the b2b world, of course there is no such ‘point of sale’ equivalent to this. Our bills get sent to an often faceless, unknown Accounts Payable department.

Yet is there something we could do along these lines? Shouldn’t we be sending performance or contract updates to our ‘users’? In which case, couldn’t we just as simply include in the pack such a feedback form?

I recognise that most written feedback by definition tends to be negative. And who wants to deal with flamers who are totally unrepresentative of the real world and are just out to waste your time (“cull that customer!”)?

A while back I read a great piece on this kind of feedback in Dan Pink’s recent book.

He recounts how the owner of a busy Italian restaurant put his picture on a big poster at his entrance with this plea underneath;

I Need Your Help! If you had anything less than a great experience, please call my cell…

So maybe it wouldn’t be all bad.