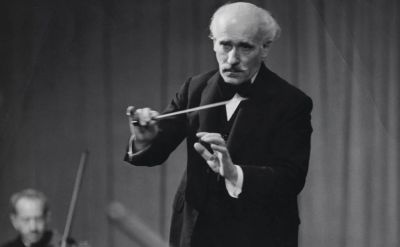 The incoming Chairman of American telecoms conglomerate Comcast gets plenty of positive press.

Apart from the voracious buying up of expensive broadcasting rights and other media giants, one policy appears to have borne organic fruit; symphony.

The initiative gave priority to combined resource where various divisions worked together to promote a single project.

It seems such a clear ‘win’. Companies ‘merge’ – or more realistically, one buys another – and the much vaunted synergies are trumpeted. Yet it is remarkable how rarely they materialise. Indeed, why cubed³ financial betterment so seldom occurs is a staple b-school essay question.

Have Comcast cracked the code?

I often see this in a sales-focused setting.

Your latest ‘step-sister’ all of a sudden has products felt complementary to yours. There’s a great deal of executive time devoted to how all customer bases can be granted access to such wonders.

But few if any extra sales emerge.

Reasons I’ve seen are varied. Two stand out though;

The latter, part of the ever-present avoidance of anything ‘new’. Preferring to let others make the ‘inevitable’ mistakes and avoid see time diverted hamper their own target battle.

Here’s just one press piece with context on associated perils. From the LA Times early-2017, an article which happily includes an example of the typical and ultimately failing way of “forced” cross-selling;

“What makes Symphony effective … is that it comes from the very top,” said Anita Elberse, a professor at Harvard Business School who specializes in the entertainment industry and has done a case study on Symphony. “Steve Burke is making it very clear that this is an enormous priority for him and for the company.

Symphony is the rare successful model of cross-promotional cooperation, said Jeffrey Sonnenfeld, senior associate dean at the Yale School of Management. He remembers once asking an executive of a media company about synergy ideas and being shown a drawer of empty folders.

“At other companies you would succeed at the expense of the others. There was a zero-sum view of things, and that’s just not the way they think at Comcast.”

Even embrace the imagery used internally. With title banners in this case remembering one of their most illustrious predecessors, 1940s orchestral conductor Arturo Toscanini.

Time to swap the empty folders for such harmony in your new cross-sell drive?