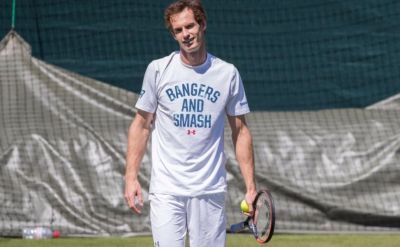 As an Englishmen whom appreciates tennis but laments the inordinate time commitment it commands, like my compatriots I couldn’t help but be aware of tabloid editor catnip, wild card Katie Boulter.

She may well have lost her first round bow, yet exhibited qualities that will long remain implanted upon the nation. I refer, naturally, to her motivational messages read between games. The one leading the headlines;

“YOU DESERVE THIS – Focus”

Crushing distraction results from either an inability to move on from a mistake just made, or getting too far ahead of yourself by contemplating the riches tantalisingly within reach and thinking (misguidedly) victory is in the bag.

I was pleased to learn one discipline (sailing) terms these “race words”. Also that cyclists the world over shout inner screams of “shut up, legs”. Although I do note the modern iteration of “Keep It Super Simple”.

In this respect, young Katie’s main written chant does feel in need of slight a change-up. Nobody “deserves” anything just because they feel they ought to.

Our parallel is that in the sometimes (sadly oftentimes) gladiatorial Sales arena, any mis-step, mishap or misfire, no matter how sleight or severe, can precede sudden selling collapse.

Eye taken off the ball.

We might dwell on a casual prospect remark that appears less than doting and feverishly try to generate a back-on-track chuckle from them. We catch ourselves sitting on the new yacht/beach/bike/hammock/cushion that we’ve promised the commission to in our fleeting daydream. We get a better than expected response on an issue and start chasing down an ultimate approval way, way too soon.

We all know what the prize is. The eventual goal is a given.

What about the everyday, every-minute minutiae that leads up to it?

Where’s yours to hand? Can you view on each call?