I remember my first ever cubicle. It was grim. The person next to me was a right muppet too. On my two-foot high blue velvety-clad desk dividing wall I was greeted with posters of such corporate banality I knew my time there had to be short.

My next cubicle was an unpleasant light-claret this time. I was struck even then by what salespeople pin to their daily work cell, sorry, space.

Even today I walk around sales floors and I could be back at that distant place, over two decades ago.

So I watched a BBC documentary on “The Joy of the Single”. Among the many vinyl nostalgics was Norman Cook. It’s very difficult to have been into music since the late 80s and not heard his influence.

In a fascinating insight, he showed us his moodboard; 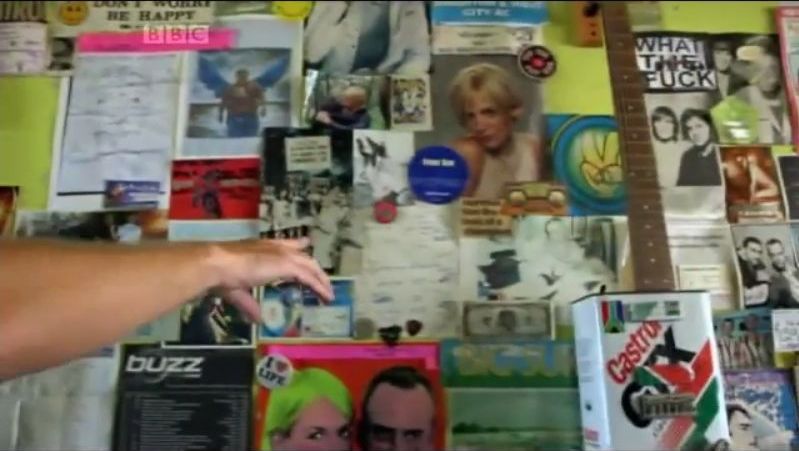 Five years ago I blogged on dreamboards. That context was very much on helping you visualise your goals. And very American. Norman’s moodboard is slightly different. I’ve seen moodboards used by interior designers. They place fabrics, shapes and pics of looks on a board so clients can see what a new room or building will feel like. He uses it, in a sense, to get over the hiccup of a kind of ‘writer’s block’. Here’s a close up of somewhere middle-ish; 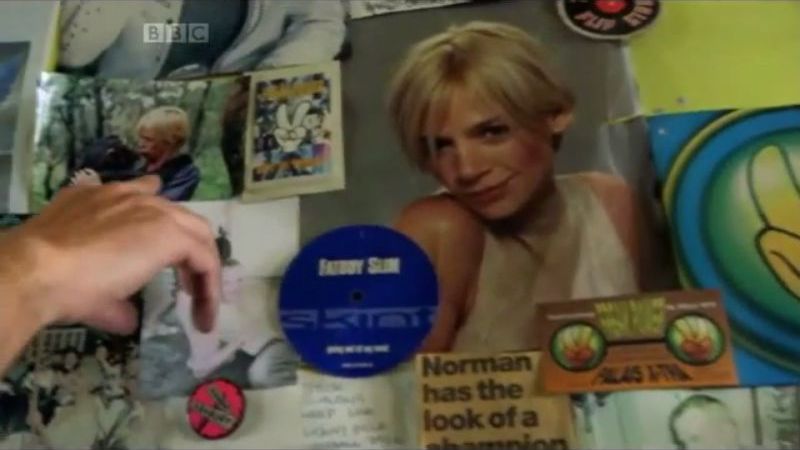 During this talk through, he particularly liked one piece of inspiration, “try the flip side” stuck between a guitar made from an oil can and an aged pic of his celebrity wife; 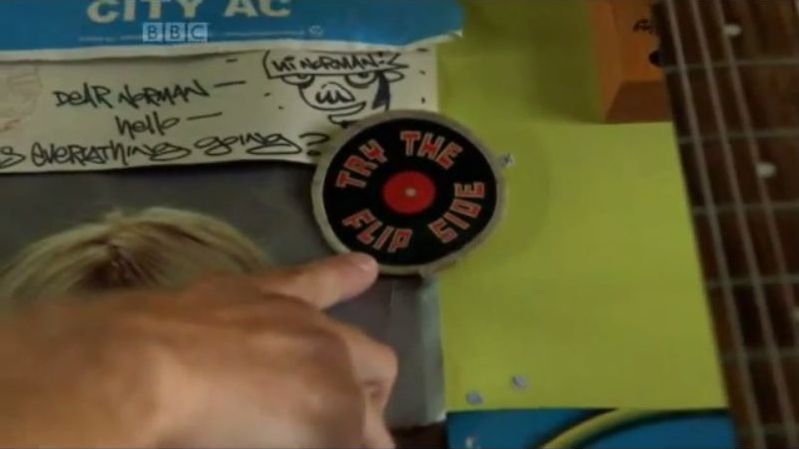 His moodboard was actually a moodwall. 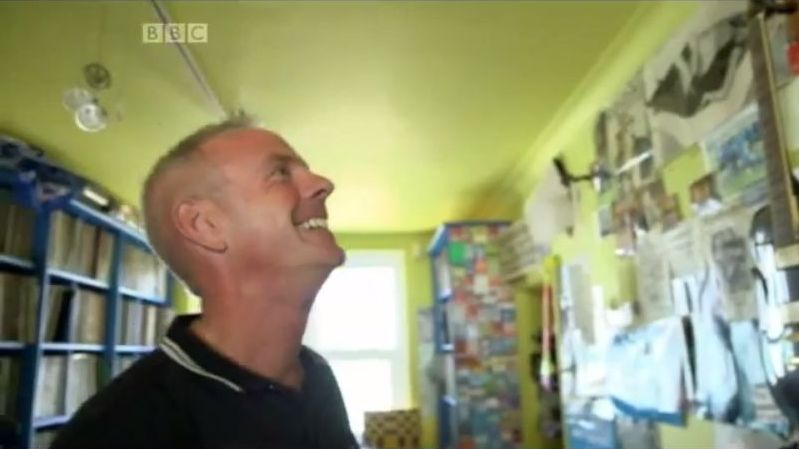 And rightly proud of it he looks too.

There’s a clear distinction between this type of artistic nudge and pictures of sportscars or beaches to remind you of why you fancy more commission.

When you need a touch of new sparkle to generate something a little extra on a deal, why not have inspiration right in front of you?

Anything that reminds you of glories past is a good start. They’re always a decent idea trigger. Pics of client premises, products and people for instance.

Then there’s snippets of great docs you’ve produced in the past. A chunk of a slide, a few cells from an RoI spreadsheet, a lovely reference line.

Then how about standard stuff you know works. Implementation timeline template, a drawing of your favourite objection handle, a pic of a particularly funky flipchart page from a winning workshop. Liberally pin colours and photos around.

Anything from which ideas flourish is fair game.

In fact, I’d go as far to say that the more imaginative you go the better your sales will inevitably become. After all, isn’t it really the case that a dull cubicle means a dreary campaign from surely a dour rep…?