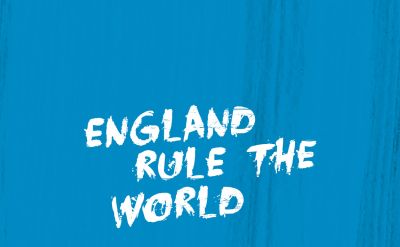 The more details that emerge around the work that went into the England cricket team’s 50-over World Cup triumph, the more you marvel.

I can imagine so many an outfit – sport or Sales – being roundly dismissive of having a team hashtag.

England weren’t. And look where it led 🏆.

They duly expressed. Even to the extent of losing key matches along the way. Failing when getting complacent and ahead of themselves. They learnt and moved upwards, staying true to the fearless style they were convinced was required to win the ultimate prize.

I realise there’s two pointers here. The expressive edict and its hashtag. My very first sales team all those years ago you could view through a contemporary lens as having similar. Today, they might get termed as ‘bring your personality’ & #superresponsive. Against many odds, it worked out alright back then.

There are several other strands underpinning this first ever, 44-years in the waiting, English success.

The shift in emphasis away from your own or overall team’s performance towards how you represent your country.

The leadership podcasts the architect (Captain Eoin Morgan) had voracious appetite for (such as, apparently, by Dave Novak).

When outside noise threatened to derail, heed golf legend Jack Nicklaus and his three pieces of advice: do what you want to do not what others want you to do, give everything you’ve got, be prepared for what you’re doing.

The joint creation by all the squad of a two-sheet gameplan (closely guarded, although we do know that they wanted to pick a Top 7 of match winners, no playmaker-types that set the game up, ‘go after’ the crucial new ball starting ten overs – forgetting the jibe ‘we could be 70 All Out with a team of firecrackers’ – & have a spinner that could turn it both ways).

Hardly ever have whole team meetings (the Australian coach deemed these a “waste of time”). There were though frequent meetings for the separate units (of batting & bowling). Only once was this rule broken, for a clear-the-air after losing back to back in the tournament Round Robin stage and needing to win the final two group games to go through.

Remove those disruptive or not on board. Jettison the malcontents is a personal favourite of mine. At the start of the cycle, star batsman Pietersen got his packing orders. On the eve of the big event no less, another explosive hitter, Alex Hales, was excluded for breaking team trust with recreational drugs use.

It’s not about over-analysis or being too scientific. Stats are fine. Just don’t use numbers wrong, They shouldn’t scare people out of taking risks.

They introduced several (at least 5) different balls in training. From hockey-balls to under-weights for catching and over-weights for smashing to build feel and confidence.

The intent needs to be there in all disciplines. Wicket searching bowling with big scoring batting needs to have fielding hard to match that. Learn rather than pause to set yourself before pick up and throw, do it in one action, with one hand, under pressure.

Getting to Number One in the world was not especially a goal (No.1 ranked teams don’t hold a monopoly on trophy winning). They preferred to train not like best side in the world, but the second or third, continually trying to get better.

Overall, as I already blogged on the three lion values of courage-unity-respect, Morgan doesn’t talk it, he lives it.

Interestingly, a former international known as “Fiery” and for many years popular pundit (Boycott) summed up the reasons for victory in the nerve-jangling furnace; ‘It was just willpower and sheer bloody-mindedness and that is what you look for in people’.

In the typically cynical reporting that can emerge after such summits are scaled, the ambulance-chasing to find a tweetable summary saw inevitable gutter-scraping journalism. One such unworthy tried to belittle another of the team’s sports psychologists, Amanda Owens. Backing her into a corner, pretending to be jokey, “I still don’t understand what you do”. She faced down her questioner of mediocrity by asking him to consider the following; “think of a moment when you were under pressure – what did you do?”

If you’re looking to do a list of these traits for an internal sales meeting, how about this for a Top Ten;

only keep those bought-in