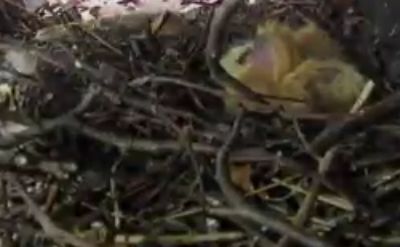 BBC’s Springwatch is certainly not perfect, but it does have merits. Especially when there’s sales steers from the animal kingdom.

I’m no twitcher. Yet I am familiar with an expression from our advertising cousins that runs roughly;

great ideas are seen as rarely as a baby pigeon

Thanks to the terrific naturalist broadcaster Chris Packham, I sense there’s more to our selling parallel. I can despair at how ideas generated in the Sales sphere never quite fly.

Kept totally out of sight until they fledge in their adult form.

I’ve known many a corporate forum where ideas are a bit like pigeons. Only expected to be seen fully-grown.

This is surely wrong.

Parent pigeons are almost unique in the avian world for feeding their young a special liquid. (Apparently with just flamingos and Emperor penguins). Created in the ten days before hatching (in the gizzard and proventriculus), it is stored in their crop (just below the throat) which enlarges seven to ten times for the purpose before regurgitation to offspring. It’s called Crop Milk. And is apparently more like a curd.

It is potent stuff. At 7kcal per gram, it has more calories than milk chocolate. And it provides serious growth power.

So fattened through the 2:1 protein-to-fat mix do the juveniles become, that the French peasantry lived for centuries on purposely reared squabs in a pigeonnier.

Perhaps of such renown were their nutrients that the West Country English possibly named a dish in their honour. Their squab pie though rather contained mutton and apple

I’m reminded of this quote;

So when you’re in the nest and need to fatten an idea, how are you making sure you’ve its crop milk super-fuel on regular hand?

At least now through biomimicry you’ve an analogy to deploy in your own pigeonnier with colleagues that doubt, dispute or delay, that should help your idea both survive, and thrive. 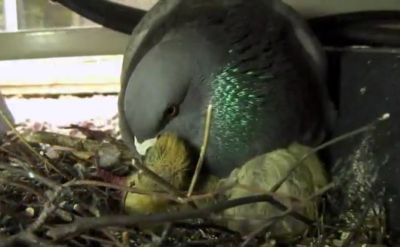