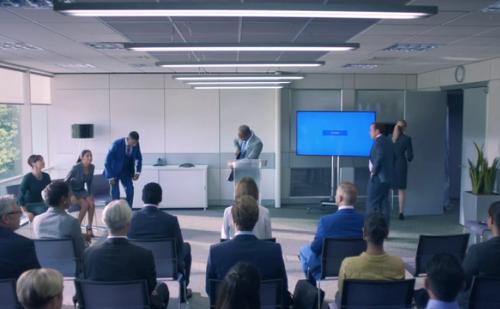 Sticks and Stones was a 135-minute triple-episode piece of drama shown by England’s itv network the week before Christmas 2019.

Action seemed to be centred around a commercial property marketing firm.

When do banter and pranks cross the line to toxic intimidation?

Our ‘hero’ suffers from the very outset of his big presentation.

Recognise the setting from the entry snapshot up top?

Who leaves a screen blank whilst prospects arrive, by the way?

And that’s before mentioning the missed trick of the first screen.

Note what the document being presented (below the prospect logo, at least) has for coverpage text. ‘Project Proposal by’ never cuts it. 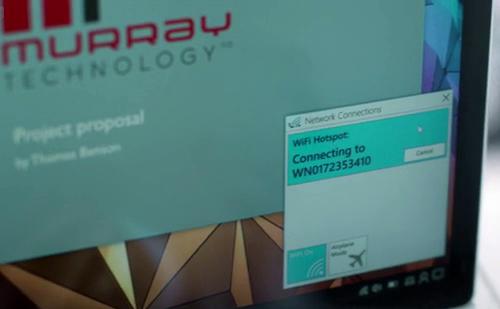 Yet he hasn’t seen the email informing him that the connectivity method in the conference room has changed.

The first murmurs of panic occur when he looks down at the router he’s used to seeing a cable hanging out to snap into his laptop. 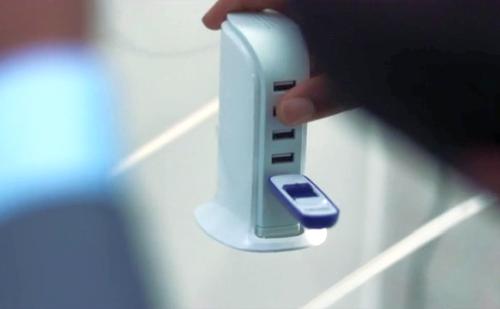 There is no cable. 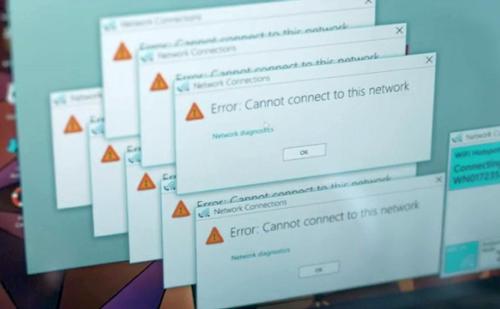 His intro stutters. And flounders.

A most unsettling sequence unfolds.

Ending in his fainting in front of all assembled.

I’m not saying that this has never happened, but many of the subsequent scenes are so preposterous it is a tricky watch. That’s without mentioning the upsetting injustice suffered of his deaf toddler at school. And as for the eventual ending…

Yes, colleagues can focus more on undermining their workmates than beating competition or solving buyer problems. But the lengths gone to here, well. Let’s examine the desk adornment one of them makes to emphasise their team leader’s possible stupidity.

Here’s a trio of views of post-it graffiti; 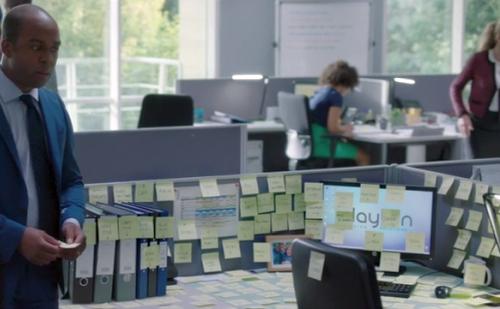 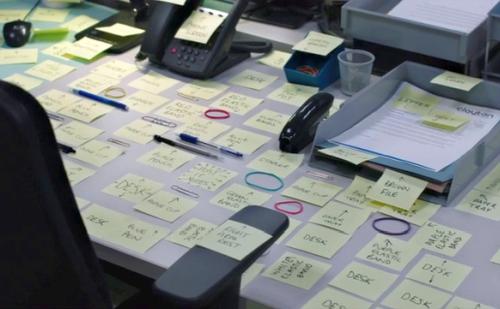 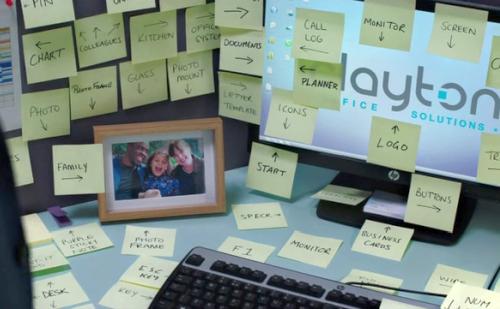 By way of reference, below is the desk in ‘normal’, untrashed mode 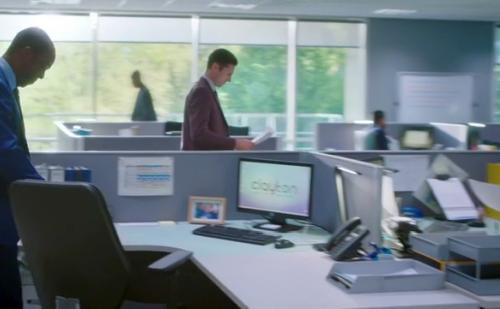 This takes place in an all-too greige open-plan office. 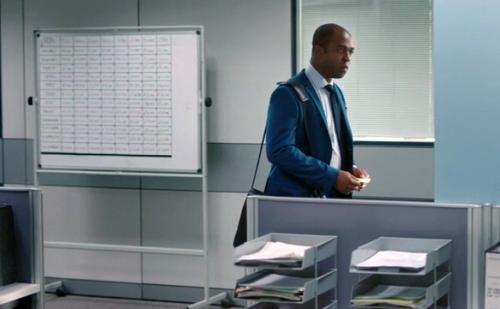 Perhaps deliberately shorn of colour for dramatic affect, yet even the lone whiteboard glimpsed falls into the same trap as the Wolf of Wall Street‘s similar cinematic effort. Too neat, too monotone and generally unrealistic.

Note too how little useful and supportive adornment features on the team member spaces. 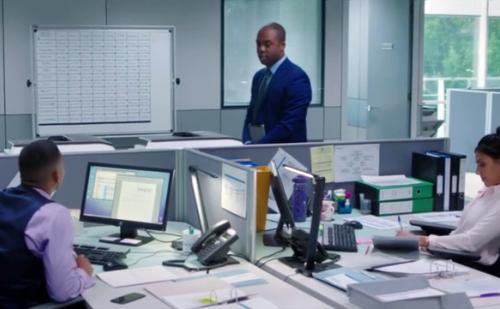 And we get to visit the big Sales boss office during the denouement. At least their whiteboard score tracker is a touch more believable. Although how such luminary deprives themselves of space for ad hoc scribbling and still succeeds is practically impossible IRL. 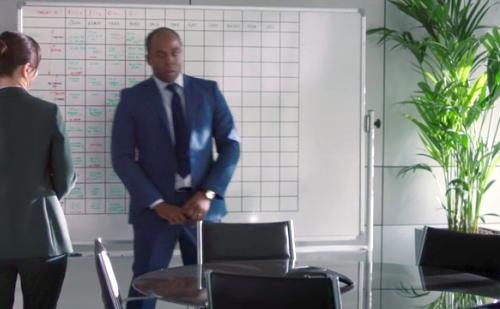 What this made-up world does show though, is this guiding quartet:

The first time you personally enter a presentation room should not be when greeting the prospect. Even the most accomplished of musicians have a soundcheck. No matter how much they trust their roadies or are familiar with the venue. We must do similar.

Get your messaging aligned. Have a screen displaying something suitable before you start. Never entitle a doc or slot as banal as ‘Project Proposal’ either.

The sea of yellow sticky notes hides the fact that there is little of true note on the cubicle walls. Your space must be fashioned to promote how you sell. As I write in my very first of fifty-two ways to get what you want from virtual meetings, you must Be a Meezer.

Look around you. Are you too sitting in a greige wasteland? If so, then colour it up!