The game of football has a set-piece that’s been shockingly overlooked on the training ground; the throw-in.

You’ve had the odd ‘long-throw’ specialist down the years. Capable of creating havoc in the opponent’s box turning many a throw into a kind of corner kick. Yet that rare slant is about it.

Until Dane Thomas Gronnemark realised he could specialise in both the mechanics of the action required to throw farther and the tactics of maximising the re-start play itself.

He gained much recognition when one player exposed to his ideas, Liverpool’s defender Joe Gomez, produced a huge 35 metre long-throw from which Jesse Lingard scored a goal for England against Croatia.

A wonderful example of ‘marginal gains’ working in real life.

It was at the latter he began putting his theories into practice.

He labels his specialism “the long, fast & clever throw-in”.

Happily he provides an example on his youtube channel.

It features teenager Andreas Poulsen. Who’s development under the throw-in world-record holder helped earn him a lucrative move to the German top-flight.

Here’s how the tutor demonstrates the ‘before’ and ‘after’. Always a winning sales slide vibe.

He states the starting point was a range of 24 or 25 metres: 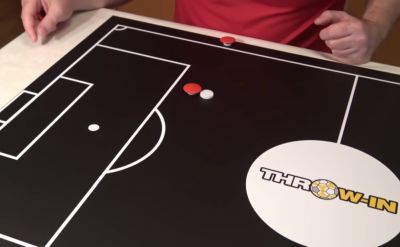 Which after work, grew incredibly to around 39, 40 metres; 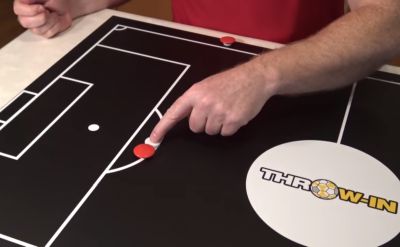 What’s more, in the context of a football pitch, it is over half its width. Greatly expanding opportunity.

The coach here has a cracking and simple metric. 24 to 40 is understandable in any language. Whether yards, time or hard cold cash.

Also, there’s a neat way of showing this visually. Counters on a pitch with a white one for the ball.

Surely our little miracles we unleash must also have a similar way of being described and displayed?