With hybrid meetings now set to replace blanket WFH video calls, let’s have a look at how the backdrops adopted by those summoned by broadcasters have developed lately.

Here are personal settings from the zoomiverse since my last round-up [see footer for earlier curations] of media talking heads zooming in to talk.

What can we take from this selection twenty?

Well, for one thing, office-shots remain as yet a rarity.

Let’s start with the clearly curated. First up, global mega popstar on the new record promo trail. How much do you think the Pollockesque canvas behind is worth? But really, if Ed’s new music is as banal as this backdrop, we’re all in trouble. And remember with camera height, ‘the higher the better‘. 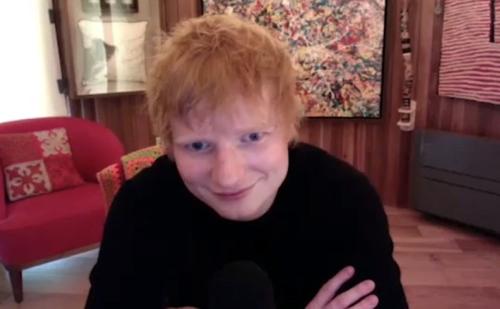 Former world leaders surely get a little help. Especially when their spouse is ‘in design’. Dave though, errs on the characterless side of sparse yet safe vanilla. And put your laptop on a shoebox or something, hey. 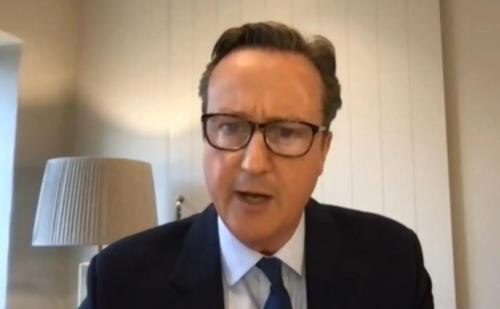 Not strictly a zoomscape, yet worthy of mention as current setting for a Chicago media outfit to host their videos. Single statement wall and looking straight at screen from standard (too close to beige, but still) sofa. What meaning does the backing pattern hold? 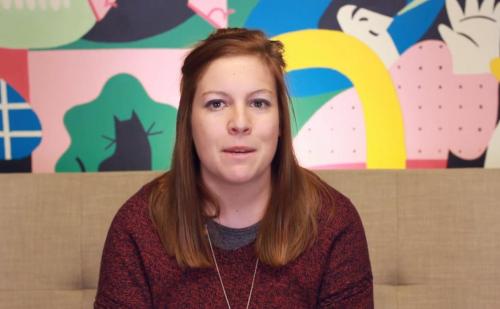 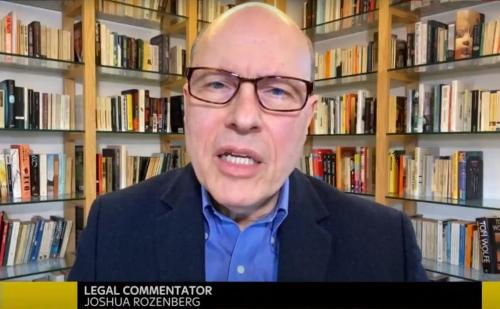 This London-based speech radio presenter and frequent rolling news commentator opts for the kitchen shot. Single lightsource window to the side. Camera still too low. Try to look upwards when zooming. 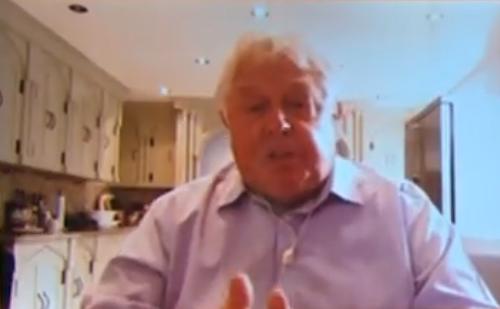 And we’ll always have Cristo. Here, the tv producer-turned-talker goes for the cuddly home close-up. But not so close, please! When was the last time he and Karl played chess, do you reckon? 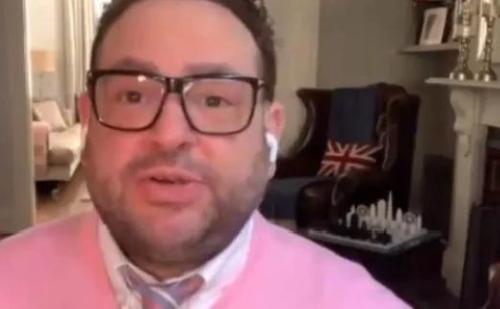 Let’s sneak a longer look into his pad, shall we? Here from the night he thought it fun to get his freshly betrothed fiancé, Karl, on the airwaves, just after he’d accepted Cristo’s proposal, to relive it with us all. ‘Legendary’. If amongst large gallery, Karl could move a touch closer. 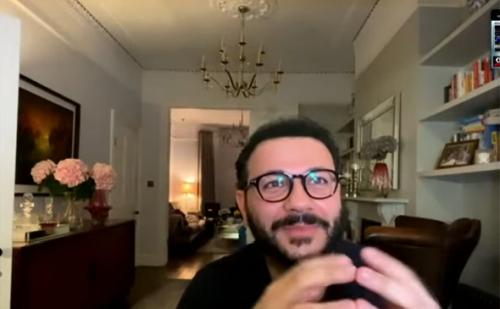 How about a guest on Cristo’s show? This Seattle-now-England comic shows off fancy remote that powers his multi-coloured lighting rig gizmo behind. 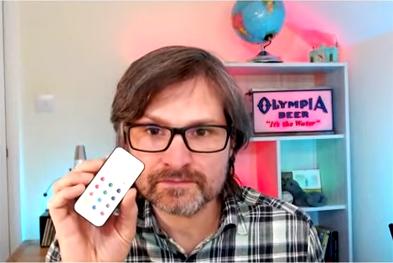 Then there’s the self-styled ‘influencers’. Such as this probably loaded (Singapore-based?) 21yo. Close that curtain! And note the angle into the wall welt, behind the kitty condo. But where’s the colour? Not even an accent anywhere. 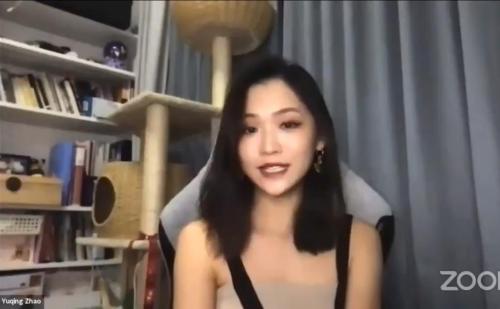 Including the WAG-done-good. Cheers, Lizzie. Although dabbling with the outdoors can be perilous. 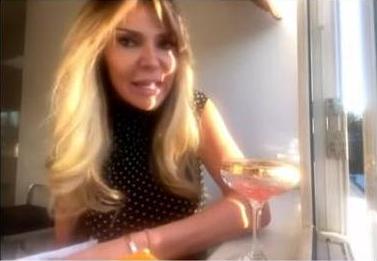 Now a couple of officescapes. To remind us that the hybrid model is coming. A Kiwi-born London-media education staple from her desk. Which pleasingly looks lived-in and used properly. Although could do with less grey and there’s precious camera-facing square inches of real estate going begging for use. 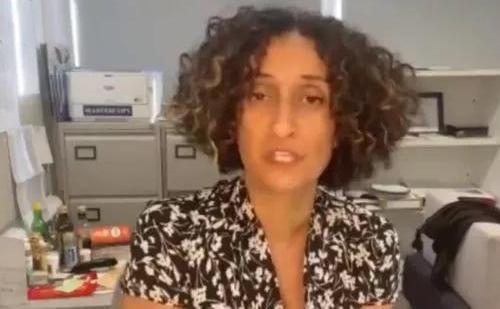 An English MP, from her Westminster office. With delicious nod (the letters test eye-chart) to notorious media frenzy last year around a beauty-spot from her constituency. Has the sense to use her window blind with grace. 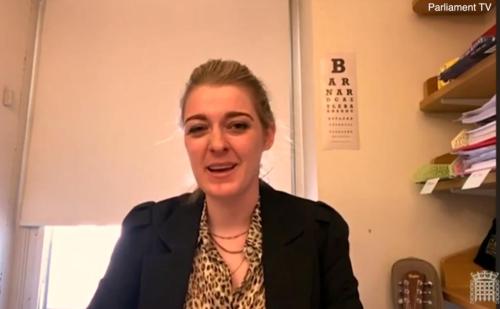 Let’s not forget those for whom our office is (or was, or might be again, one day) our car. Another English MP, this time sidling nicely alongside a field in the Summer rain to zoom-in. 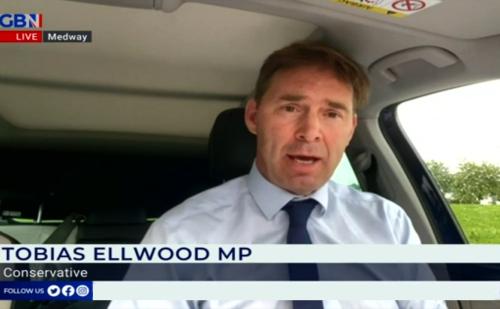 Just for companionship, here’s an ex-England footballer also car-zooming too. A regular studio pundit. In this case, to give his tuppence on whether England could win the Euros [spoiler alert, *sobs uncontrollably*]. 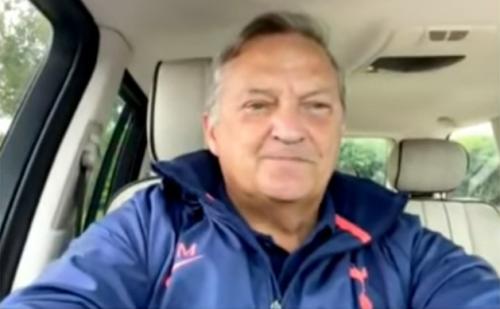 Another educationalist, this time from her dedicated zoom spot at home. And yes, you are allowed to take a sip whilst onscreen. Plant game could shuffle inwards, and why hide your wall adornments? 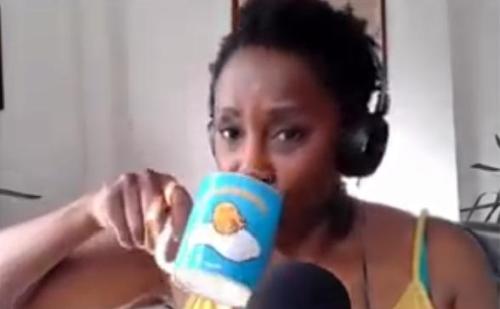 Also from home, but choosing the blank background. Allowing the powerful message against modesty culture, ‘soft bigotry of low expectation’ and ingrained oppression of women to come through strong. Again, yes, never be afraid to adjust your camera whilst on your call. Single block of colour top (or LBD?) works well, imagine being inside gallery view would be stark and memorable too. 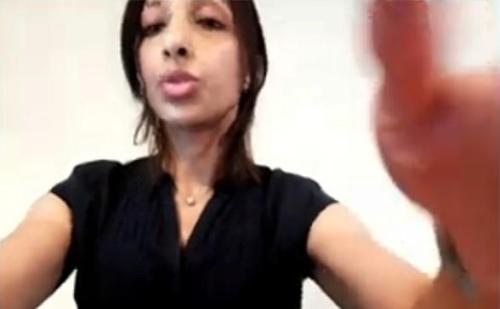 Who could leave out this road warrior? A women zooming on a team daily sales ‘sync’ meeting, including with her CEO, whilst on the road at an Airbnb spot. Immediately after this snap her chair collapsed and she fell out of shot. Ironic as she herself works for a furniture firm. She is alright, you’ll be pleased to learn, but this (reflection edited) screen capture shows that the blurred background can still have its place. [see her own clip of the incident footage post on instagram here] 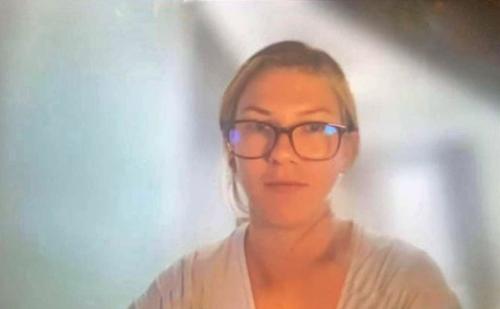 Rising media performer, another 21yo, here in thumbnail square from a live radio youtube stream. Only this time, English but with a disturbing taste in club football allegiance. She will go far. Even if she obscures her wall-framing, directly underneath it. 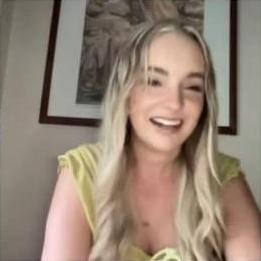 And this sterling campaigner against music streaming racketeers shows that if you must zoom from your home sofa, and one that is perhaps bland (brown’s never a good look, hey) then wear a single block top full of colour. Could do with more prominent and dare I say it, personality of, decoration beyond that cushion perhaps. And I do note that he opted later for the hostage video approach. Albeit in a glamorous styley in the Summer with off-grey painted textured wall and smart top. 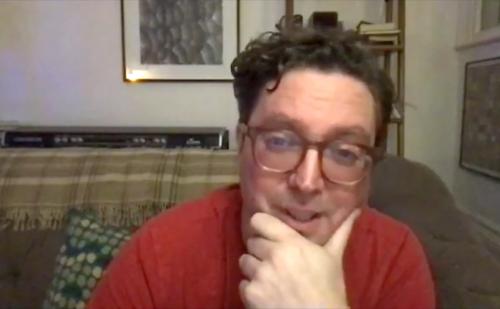 Finally, a reminder that if one-on-one – and occasionally we will do a Sales call like this by phone – our space can be rendered square. Here’s just one example I happened across via London’s Telegraph broadsheet Stella Magazine Instagram Live [31mins]. 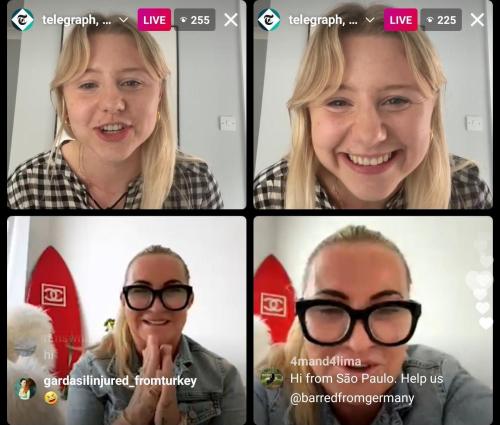 Neat comparison of ‘statement’ piece to one side versus directly behind you. And for those of you that like to play the game, ‘guess the obscured framed pic hanging on the wall’, here is the ‘classic’ framed print from above;

nb – other collages curated over lockdown include a budding 2021 springtime update,

our first annual round-ups, both in general & of the UK’s Talk Radio alone,

and even snippets from the 2021 Golden Globes. 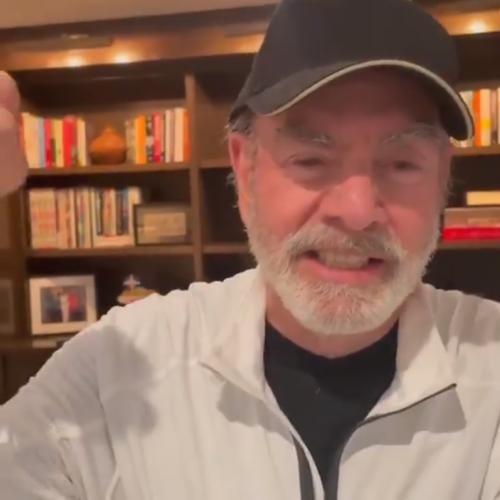