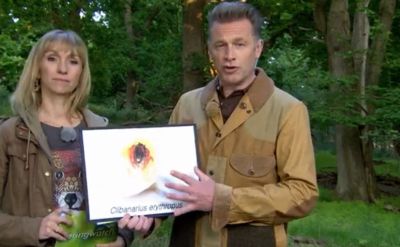 A tiny hermit crab. Clibanarius Erythropus. What on earth could such little critter have to do with making more sales?

Well. What a star crustacean.

Torrey Canyon. 1967. One of the world’s worst ever oil spills. Huge pollution off the Cornish coastline, South West England. Utter devastation. The slick savaged wildlife. Not content with that, the dispersal chemicals we deployed back then mercilessly laid waste swathes of helpless flora and fauna.

Including the poor pincered creature in question. Banished forever from our shores, a perfect home ruined, an animal presumed fatally beaten.

Yet almost fifty years later, a miracle. The species re-appeared.

It seems to have battled and prevailed. Back once again at its northern limit habitat. Found in a Falmouth rockpool. Take that, mankind.

With Crabby McCrabface was explicitly excluded as an option, 3,000 energised great Britons offered names aplenty. The wonderful telly that is Springwatch (inspired by which I’ve blogged before once or twice) listed many;

Then a top three singled out for public vote;

Over to Attenborough 2.0, Chris Packham;

I’m saying St Piran’s is a good name because St Piran is the patron saint of Cornwall.
And the legend has it that the Irish heathens threw him into the sea wearing a millstone round his neck. (Bit like the crab’s shell.)
And then he crawled out on to a Cornish beach. (Bit like the crab has done now.)
And he became a hermit. (A bit like the habit of the crab here.)
St Piran’s crab is my favourite of these that you’ve chosen.

How could any other get a look in after that masterly oratory?

61pc roundly beat 16 and 23. (Would’ve been even more resounding if they ditched the canonised prefix nonsense.)

Your product has a scientific name too. A sensible label from the labs. Your ‘Latin’ tag that is recognised the world over.

What about its common name? Nickname, even. The words which stick in the public’s mind. That strike into the buyer’s consciousness.

This would be a useful exercise for any solo seller as well as internal sales get-together mini-session. You can even introduce it with the wonderful crab. And the Cornwall flag of St Piran in your corporate colours rather than its simple monochrome cross makes for the most simple of slides. 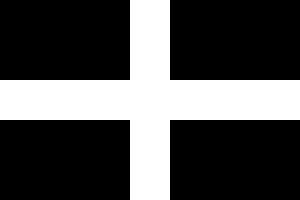 What are the characteristics of your product? Anthropomorphise. What personality does it posses? What story of trial and triumph comes out? Tell the tale and set yourself apart in the eyes of your prospects like the winning piranette. 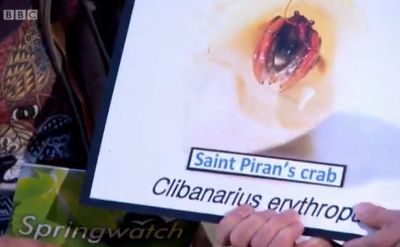