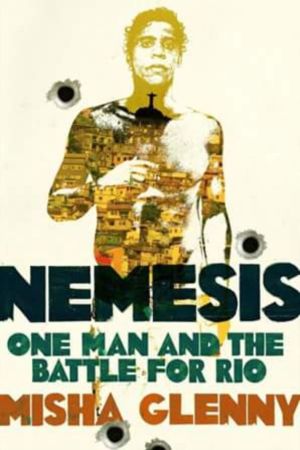 A fascinating interview on SA tv revealed how a journalist got to interview in depth an imprisoned Brazilian major organised crime boss.

Granted a meeting inside one of the countries four secure hi-tech penitentiaries, author Misha Glenny realised he faced a reluctant interviewee. One not just mindful of incriminating himself, but also understandably wary of outsiders.

How do you build a relationship with such a man?

Glenny hit upon the notion of not asking him what he suspected everyone he met normally would. Namely, avoid talking about his life of crime.

Rather, he wanted to know about ‘his childhood, parents and what he thought about the world in general’.

Glenny played his masterstroke. Only he and a pair of policeman had ever asked about his young days and the like. The drug baron and racketeer duly opened up.

His subject was renown for being a different type of Rio gangster. Whilst still a scary and ruthless criminal, he was considered highly intelligent and well-versed in the politics of maintaining a web which exhibited fierce loyalty. Also focusing on business which meant he consciously reduced the levels of violence to see trade flourish.

The completed book is testament to the approach.

All your competitors are likely only homing in on the here and now.

Whilst important, broaching the underlying values and preceding journey will open up the true door to trust. Are you knocking on it right now?