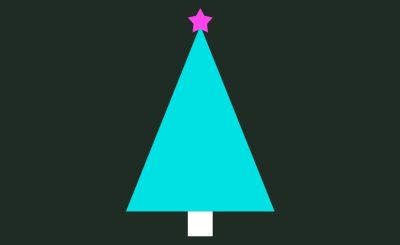 I discover that the end of October sees the selection of the seasonal tree which stands so prominent in Downing Street. Seen by all the world’s media camped outside Number Ten. This year even more so with a General Election set to usher in an era-shaping new UK government after the first December vote in almost a century.

I learn that present-day fashion prefers the Nordman fir over the once traditional spruce and pines. The choice this year gets made in the Midlands. On the outskirts of Solihull, around eighty growers gather with their maximum of two entries (and accompanying wreaths for the famous black door with tilted ‘0‘). Judged by their fellow peers who anoint the best.

I heard the farm host describe the top three traits he looks for;

Another industry insider also began his trio the same way, but then deviated slightly;

density, shape (as close to conical) & the spine standing straight up.

Another when mentioning colour suggested the underside of the needles required investigating. They ought give a “silvery sheen“, apparently.

Six decision criteria there. Quite the set. I’m sure others also exist.

Have you similar for your deals on which to hang your precious baubles? And what about for the type of prospect too upon whom to drape miles of your tinsel? Let alone how close your deal might progress compared to your optimal process, crowned by your shining star?

Here’s a couple of seasonal hints from those who spend all their time caring for our end-of-year smiles.

They talk only of six criteria. Focus on just a mere half-dozen applies to Sales also.

Their sole quantitative (ish) measure – density – is perhaps not what you might expect. Are you being blinded by how big a deal is? Or do you understand that “size isn’t everything”?

And if you’re looking to sharpen your selling operation’s activity, using this analogy of the picture perfect christmas tree could well bring out which bid traits are meaningful and worthy of being lit up by your time.