On the eve of the Commonwealth Games, six-time cycling Olympic Gold medallist Chris Hoy treated us to a BBC documentary on what he feels makes a world-beater.

There’s a barrage of wisdom. From the man himself and an impressive array of his peers. So many that I struggled to jot every nugget down. Any or all of them would sit neatly on an internal Sales team slidedeck over the next fortnight and beyond. Here’s a selection in the order they appeared over his sixty minutes;

…how champions are made;
By endless hard work and determination
By victory and defeat
By brain as well as brawn
By great teams and amazing support
– Chris Hoy

Champions are made on Tuesday afternoon
– Graeme Obree

In life the competition doesn’t stand still, you’ve got to keep trying to improve
– Chris Hoy

Margins of victory can be so small that every detail counts, no matter how tiny
– Chris Hoy

Focus on the process, not the outcome
– entire GB cycling team, via Steve Peters 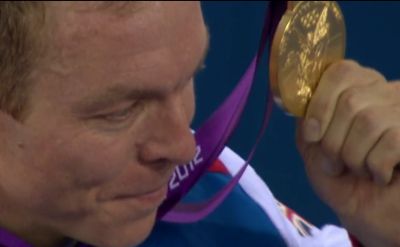