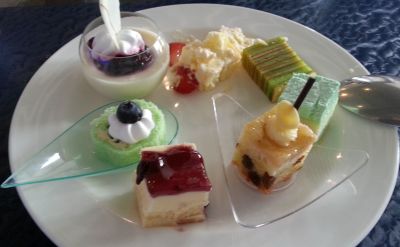 When you feel like Mr Creosote, as the final sweet selection arrives after the most filling of multiple course chinese banquet, here from Singapore’s Sentosa Island.

I used the above pic when helping an Asian tech team fine tune their pipeline management. We aimed to make their funnel full of sweet, not sour, deals.

I was reminded of it when the following table was promoted to my feed by instagram. From one of many (aargh) self-styled “selfhelpers”. Thank goodness she appears to have an actual succeeding startup (toddler educational toys). 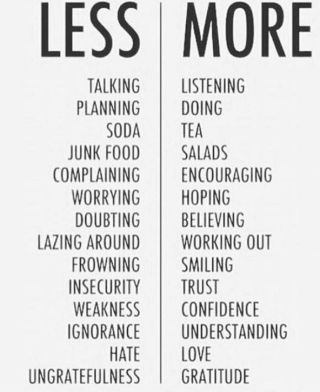 This type of columnar approach has a proud Sales history.

As far back as 1980 Tom Hopkins proposed what he termed the Ben Franklin Close. Always close to my heart as said Founding Father is an honorary Brummie.

You draw a line down the middle of a page. One side you work with the prospect to list all the reasons why they ought go ahead. You fill the entire column. Then you turn to the other, now blank. You ask them for a reason why they ought not go ahead. But unlike the previous side, where you actively encouraged and helped with the filling-in, now you stay silent. They soon run out of steam. And you’re closer to the sale.

In the fervent UK business software sector of the 90s along the M4 corridor, Misys were famed for having a similar procedure at their internal reviews.

They put a tick and a cross at the top on a flipchart.. Sometimes a plus and minus. Or even ‘pros’ and ‘cons’. The “team” then shouted contributions on the subject of the day. From general monthly performance to drilling down onto a micro-specific.

The point is that the simplicity of this 2-col format can be adapted to many a sales situation. Especially where you seek agreement then action in your direction.

I chose to highlight the above list because in today’s often deliberately less-febrile meetings than darker decades, a discussion around Less versus More appeals as a gentler (rather than aggressive) couching of an (any) important Yes/No distinction.

Yours needn’t contrast contrary pairings like hers. Nor must it necessarily only be a closing mechanism like with Lunar Ben above.

Try it, and sift the good from the bad.