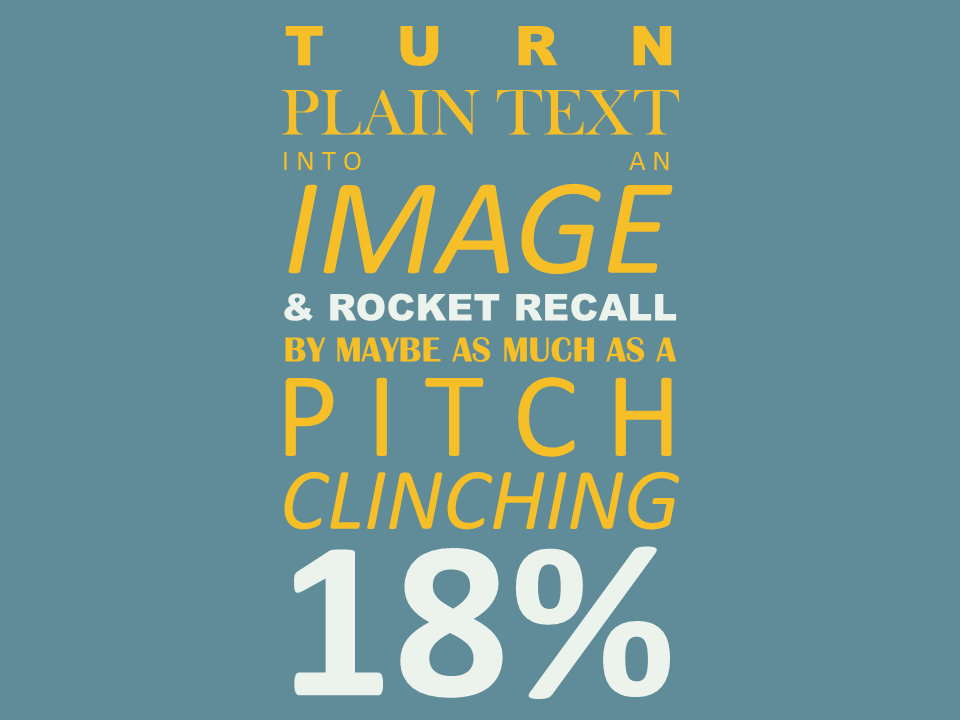 For all the need to limit text in your slides, there’s plenty of times when you simply have to throw a bunch of words onto the screen.

Where it’s a memorable quote, there are ways of doing so to encourage audience participation whilst also boosting the likelihood of it sticking in their minds. Such as adding a relevant image and leaving a word blank for them to guess.

Where though it is simply a useful standalone sentence things becoming more tricky.

So I was pleased to be reminded of this type of ‘block’ technique.

Discovered bizarrely in a football matchday programme using sidebars of prose rather than graphics to get stats across. I was immediately taken by the differences in fonts and relative strengths as well as shapes – as I’ve tried to give a feel for with my above pic. (I also used some Farrow&Ball ‘recommended‘ colours).

I suspect that if you need to show more than one such sentence, then keeping the theme consistent would work quite well.

Of course, your line must have something compelling to say. Never waste a slide. But when it does, it’ll hopefully get remembered better than if you just plop some words in the middle of the screen as if you’ve typed into a wordprocessor doc.

A random surf reveals all manner of different findings here. Such as:

“On average, bullet-point slides yield a 15-20% recall of information after just five minutes”

So perhaps if you can help morph your text into an image, you’ll improve your recall chances that perhaps vital 18%.

as a footnote, here’s an example from the footie programme design that inspired this post: