I saw this episode [S02E12] of long-running comedy classic M*A*S*H during festive downtime.

Although some of the humour ages less well than others, considering it was made in 1973 and depicting Korean War field hospital life two decades prior, I was pleased to see issues still so relevant to the now.

Without expecting anyone to watch the 25mins of The Incubator above, the set up as it relates to solution selling was thus;

Our pair of hero surgeons knew patients were in peril having to send off vital blood samples followed by a 72-hour wait for results. Doing the tests themselves would be instant, and undoubtedly save lives. So they sought to obtain the kit required; the incubator. 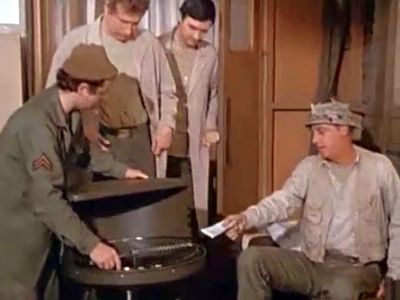 They ask their fishing-hat-wearing camp chief. Sadly he’s more interested in his newly acquired barbecue set, but agrees to fix up a meet with the Supplies boss. This does not go well. It is, we learn, his job to say ‘no’.

Undeterred, they fly off and chase down first someone who has three in stock. But won’t part with one because ‘If I give one away, I’ll only have two’. 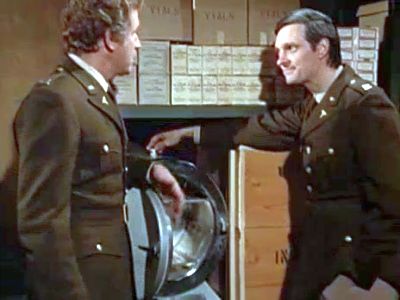 Next they try the unit’s commander who would comply, but only for a bribe payment. Then eventually up the chain of command to the very top. When a type of opening many in our realm recognise starts proceedings, after the General sets the scene, ‘I wonder if you doctors understand going through channels, militarywise-speaking?’;

Sir, we started with a captain, went on to a major, then to a colonel.
On the way, we’ve encountered oral compulsiveness, raging paranoia and a colonel who’s shipping Korea to Switzerland one dollar at a time.
Which makes you the next contestant, General.
And the subject you’ve chosen is incubators.
And we need one.

Yet all they manage when meeting said General is to get themselves under arrest.

Upset and frustrated, they return, defeated, to their base.

Only to find their friend, a lowly Corporal, in possession of an incubator. 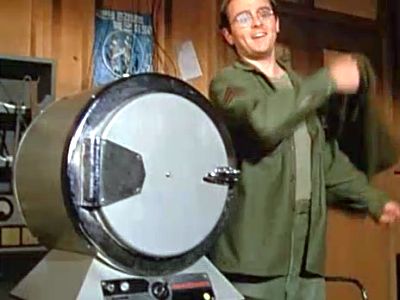 Whilst they were gone, he’d gone below the “radar”. He’d traded the barbie for it.

As the show ends;

– How?
– A little wheeling and dealing, a little horse-trading.
– A little of this for that.
– And we went all the way up to a general.
– And a little corporal shall lead them.
– You just gotta learn to start at the top.
– We do have just a little bit of a problem here.
– What?
– Well, he wants steak for tonight.
– Barbecued.
– So?
– Can you set this thing for rare?

You just gotta learn to start at the top….