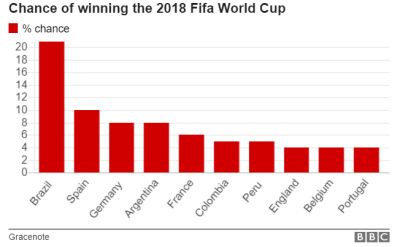 As 2018 draws to a close, I thought I’d look back on the wonder that was this year’s football World Cup.

Specifically, looking at how punditry affects our solution selling ambitions.

To say that you’re a pundit is also to claim you’re an expert in this sphere.

For a good couple of years, there’s a trope around saying that “we’ve all had enough of experts now”. Mainly due to such seismic – and anti-establishment – political events that, like the 2008 credit-style-crunch global financial meltdown and accompanying ‘great recession’, virtually no-one in the supposed and self-stated “know” saw coming.

Which also brings to mind other synonyms for ‘experts’ that invoke a withering response. Chief among them, the ‘elites’. Trust in their judgement appears at a somewhat deserved all-time low. With interesting ramifications when translated into the business environment …

As a sidenote, I have lately tried to soften, deflect even, the spectre of the ‘expert’. I tend to describe myself in areas where my knowledge and experience are deep as a “specialist”.

But back to the footie. When it came to predicting the world champion country from the World Cup just gone, some soothsayers elected to put all the faith in “stats”. Gracenote, a firm that appear to have morphed into a general information partner from beginnings as a documentor of album running orders, proudly PR-ed before the tournament that the eventual winners must be Brazil.

How on earth a team that last won in 2002, and got thumped 7-1 (what a night) in the last Semis, then 3-0 in the bronze playoff gathers a 20pc chance of victory is baffling.

The chance of success they gave actual champs, France, was a stay-at-home 6%.

So much for the stattos. I’m tempted to keep this little treasure in the back pocket for next time someone cites figures I very much doubt from a business case projection at me.

Then there’s the omniscient former protagonists. An overpaid squad bulging with opinions that seldom transfer to reality.

The most frightening example here comes from the soft sofas of the BBC. Can you guess how many of their illustrious panel decamped to Moscow who before a ball was kicked actually chose France?

Most went for the current holders. Germany. If you can stop yourself laughing, you’ll likely remember they failed to exit even Round One. Their worst showing for a barely plausible eighty years.

Then the next pair of hopefuls plumped for were Brazil and Spain. Both also proving themselves to be rubbish.

Typical of the tired, lazy, flock mentality that so undermines the “profession”, that there are usual suspects from whom there is hardly ever deviation.

Oh how this gets mirrored in corporate buying.

As for the pick-of-the-pundits, the answer to how many selected correctly is a shocker.

“I’m tipping France. I really fancy them to click this time. They’ve got so many talented players all over the park, but this time they’ve also got strength in depth.”

And I have to say that from listening to him, a rarity in punditry. He is one worth hearing.

The solitary sage among an entire (perhaps 25-strong) squad.

How are these proportions mapped out onto your current deals?

I’ve blogged many times on the perils of prediction.

It is ever so easy to denounce one;

So you think you’re the modern-day Nostradamus, right…

Yet we must make bold assertions about the future when we pitch.

If this World Cup pundit debacle teaches selling anything, it’s that you get others – such as buyersiders – to state what they see in their crystal balls first. Then manage as appropriate, evoking the classic ‘2 buyers, 3 opinions’ if and when required.