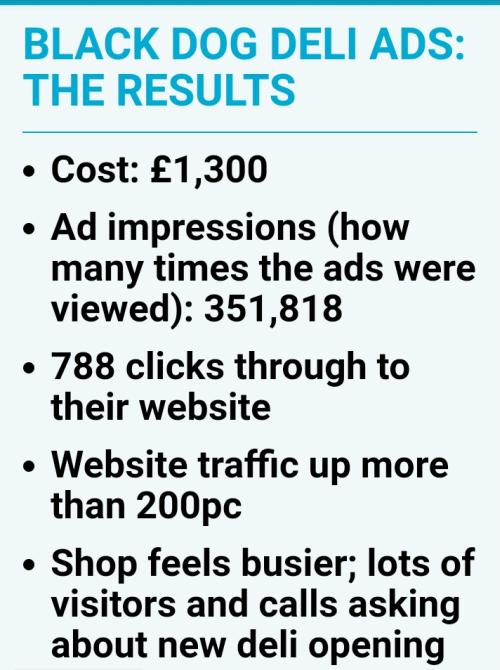 The headline of the promotional article containing this testimonial was upfront; Want YOUR small business to be on the country’s biggest website?

A smalltown deli had both expanded its location reach and ‘pivoted’ product offerings during lockdowns.

They’d spent quite a bit on ads with what the publisher’s claim is the world’s most read, free English language news site.

News organisations (outside of the mysteriously propped-up BBC) have long been expert in the art of, in Mark Zuckerberg’s words,, making money ‘running ads’.

So you’d think tales of success would be a regular and vigorously pursued trove of prospect tickling.

At face value, some numbers to get the juices flowing.

All those extra eyeballs, hey.

Yet the age-old wall hits.

What money did they make?

This is the failing of nearly all salesteams.

Only a previous few truly monetise the wonders they unleash.

Marketing departments, as in the MailOnline’s case above are interested in mere numbers.

The excuse often trots out that getting financial figures is fraught with problems.

Pinpointing where they come from. Agreeing on their precise amount. Getting sign-off from the client to publish.

These might be a touch valid, but let’s face it, they are rubbish.

Hide behind these and you may as well not bother.

Who cares that you “feel busier”. Or have “lots of call asking about…”

Hardly metrics of the old-school.

What, roughly were the extra sales at the end of the first week after campaign launch?

Which product (or venue) saw a marked uplift, and approximately of how much?

How much was the new deli opening first week’s sales?

Imagine saying that the campaign paid for itself in just the first x-days, by halfway through had exceeded targets tenfold, and now has meant they could take on an extra employee?

All of these and more besides all translatable into real money.

You can do even better.