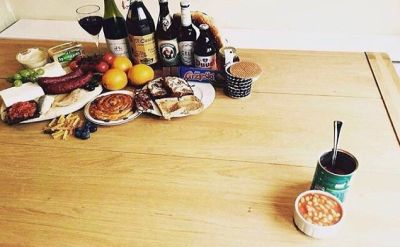 Britons voted to Leave the Euro-supra-state.

As I’ve blogged before, into the mix as to why is the power of slogans and your sales pitching. Brexit as a word became a real winner.

(Among the many writing on its power, this piece from the Creative Review is a favourite.)

The ‘branding’ became such a creed to get behind that even the victor of the American Presidential elections evoked the mega-positives, saying he was going to deliver “Brexit plus-plus-plus”.

Mainstream media, damaged by being so outside the events, fought hard in the aftermath to keep meaningless prefixes afloat. Aided, it must be said, by the giddying vacuum before negotiations of Leaving even began.

The mainly disgruntled (metropolitan liberal elite?) tried to fashion the debate as a now binary choice between Hard or Soft Brexit.

These gained a degree of popular usage. Perhaps learning the lessons of the lost referendum campaign mantras, thereby preferable to the suffix of -Lite labeling and its opposites. Although you never really heard any talk about such Deluxe or Premium or Platinum alternatives.

You also have to wonder at the constant malaprops. Brexit somehow becoming Breakfast in speeches. Hence Pigs and Dogs Brexit. You can see why no-one went the obvious step further to pit Full-English against Continental Brexits. Yet, cheekily, might something along the lines of Banger versus Croissant or Baked Beans v Salami have been a platform?

Then there were the colours. Early doors I caught sight of a Grey Brexit. With no option set across the palette, it seemed to disappear.

As did the isolated, context-less attempt by the PM at heralding her Red, White and Blue Brexit. If only she’d said this to a packed House at PMQs. I also contemplated how her advisers suggested this over a Union Jack Brexit. Too patriotic, perhaps? Then I heard a cracker from Ayesha Hazarika (former special adviser to Labour’s Ed Miliband and Harriet Harman); Rule Britannia Brexit.

Another headline spotted one day on a commuter train from the country’s leading freesheet talked of Sharp Brexit. Again, no mirror held up, but surely Flat, Slow or even Sweet could work?

An endless dictionary of options to help add secret seasoning to your bid. Which sets tone and sticks to sit very well with your target audience.

Can you bid build on post-Brexit posturing and add your own winning nuance to your cause?