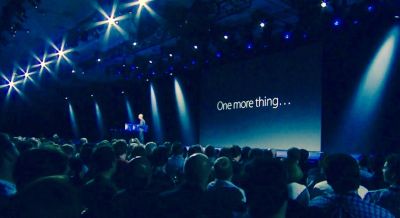 The world’s largest company has a gag. Their launch glitz seems over. Pause. Then they announce “one more thing”. The audience screams frenzied whoops.

My above screenshot is this very moment from their developer conference this June, 2015.

I’ve brightened and blued it away from its blinding blackness.

A tradition at Apple, they leave their biggest bang till last.

That alone is something I can battle with salespeople to get across.

Why is it so many (wrongly) think that they should fire their best, magic, golden bullet as early as possible? 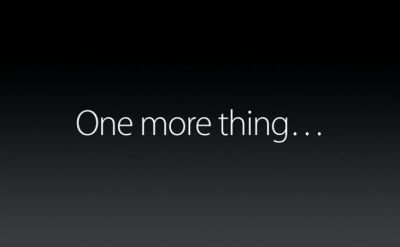 One growing Chinese smartphone competitor has brazenly copied Apple to such an extent, that in lengthy launches of their own, the only slide shown in English is this very self-same Apple one.

You can adapt this format to your own culture.

…and finally, before I go, addendum, pop, the last word, valete, until next time, fin, pre-summary, countdown, slide T-minus one, ending with a song…

And you can even use the slide background trick with a simple gradient fill in your own deep tone. 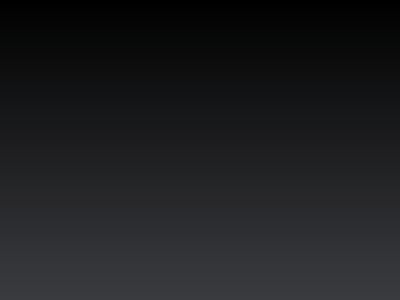