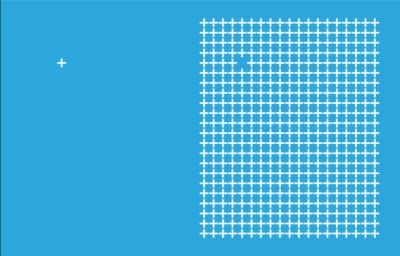 A quickie by way of a designer I’ve admired before. He posted this image in relation to the design professional’s knotty issue surrounding crowdsourcing, and its close relative, spec work.

I noted last year an interesting block treatment to ditch the tired pie.

The deployment of our pluses as above would work best when there is a stark difference in the two values.

I recall an example where some chap was telling me about his three percent market share and salivating at the remaining 97 he had to go at. Between his drools he actually drew me a pie in his daybook, with a tiny slice.

With a formal presentation, he could have done this. Take a corporate colour, and in well under ten minutes, you can produce; 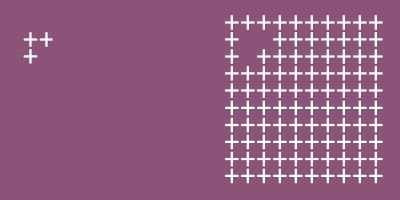