A post for those with access to BBC iplayer. The Call Centre is five fly-on-the-wall hours inside the modern day workhouse. The third biggest call centre in Swansea, to be precise. Six years ago, the business started with 8 people. Today there’s 700. Quite some growth.

It is the water cooler talk of salesrooms across the land. Much has been said about the David Brent nature of the owner. A 53-yr old teenager called Nev.

It is noticeable how the headsetters all appear strangely happy. As the boss says, ‘happy people sell’. Or maybe that’s a trick of those dastardly editors.

In any case, what is remarkable is the almost total absence of anything to do with ‘selling’. They often talk around it, but we sadly see very little of their Sales thinking and processes.

The second episode did show up a couple of tantalising glimpses though.

Sales agent Heledd was describing her approach. We knew the boss’s view that the most important thing to do is ‘smile as you dial’. She certainly demonstrated that. Using one of her products, she said something like this;

We all know this is the right path, yet so many still slip into the wrong way.

Later, it emerged she was up for an industry body accolade. Could she represent the call centre as ‘the voice of Wales’?

The final telephone interview required her to read out 300 words, explaining why she ought be the voice. “So I did it in the form of a poem. A really terrible poem!”

A point of contact, loud and clear
The natterin’ and a chatterin’ and a voice in the ear
It’s all in the tellin’ and the ringin’ and the sellin’
And the dialin’ and the smilin’ that we’re hard wired to hear
Communicate, articulate, motivate and explicate
The urgency intoxicates, the goal is drawin’ near
In local calls or national, persistent and adaptable
We live for talkin’ so we talk for a livin’
It’s a rush, it’s a buzz to use your gob in your career.

The immediate response down the line was simple; “Brilliant”. She was a winner.

I bet no-one else wrote a poem. She must have stood out a mile.

And the prize was hers. She had her face plastered all over the back of a bus! 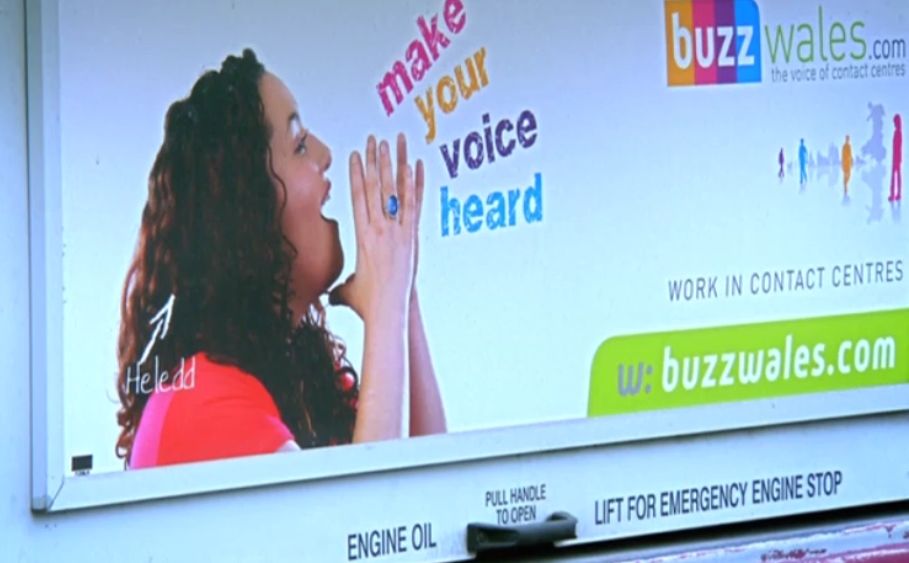 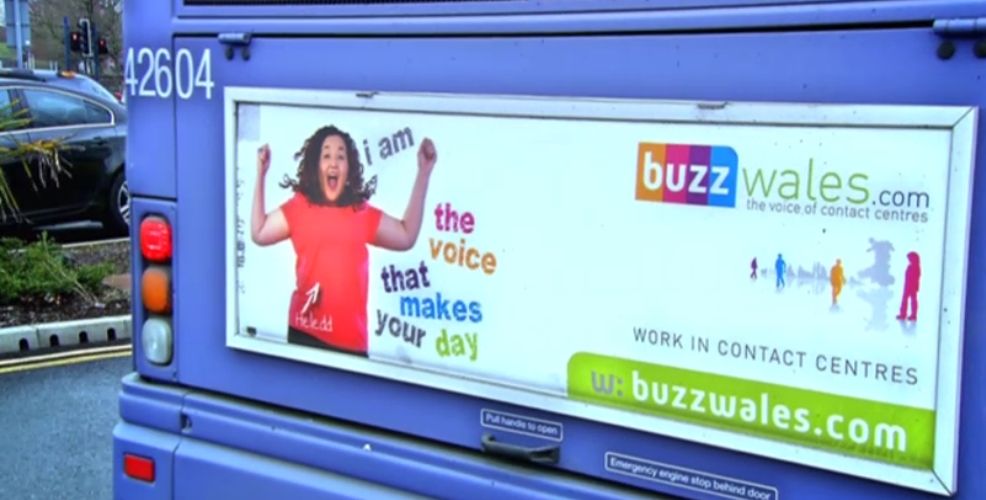 Fans of this show, note I’ve written other blogs on Nev’s Call Centre selling insights – focusing on shift manager Dwayne’s pitching and visualisation, and a touch of brotherly coaching love.