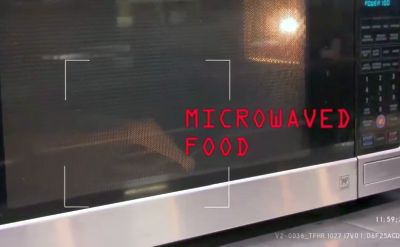 Potty-mouthed TV chef Gordon Ramsay may not be universally loved, but his reality telly shows do set a standard.

The format’s got tweaked down the years, even taking in hotels once, but essentially has stayed consistent. Decent business watching it is too.

He and his team descend en masse into a failing restaurant. A tried and trusted Three-Act arc ensues. Disaster all round, to which those at the top are in either denial or resigned panic. Cue Gordon retching over various crimes against food hygiene and swearing about kitchen politics and throughput. Shock Therapy, followed by big decisions for the owners and staff, before a miraculous turnaround with conflict hungry viewers lapping it up. There’s usually an anti-climax – on re-opening chaos again kicks in – but they pull victory out the bag at the death. Tears and smiles all round.

His latest is pretty much the same. Albeit with the added conceit of taking ‘only’ 24 hours.

The episode I first saw was the fourth from the first season. Bring on the Nimrod’s (yes, the married couple’s actual name, and unfortunately American slang for inept) running Sherman’s.

So that’s the set-up.

As you can see from my pic up top, inside ten minutes we’re treated to a series of slides. These detail the depths to which service has fallen. The first of the six, highlights his total no-no of having a microwave. Not just one either. I believe we saw four. Astonishingly with more proudly said to be on order too. 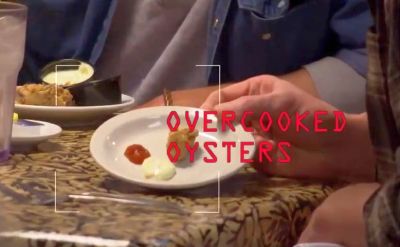 Ramsay incognito quips, “catch of the day; Hepatitis B”. 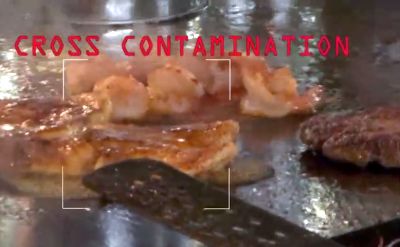 If these visuals are good enough for prime time tv, then how readily can you adapt them for your problem highlighting slides? Use a thicker white line for the ‘sight’ corners and a bright, contrasting font colour and there’s plenty to work with design-wise.

One other salesteam environment note came from footage surrounding $90,000-a-year Head Chef Steve. Ramsay was not impressed. “When was the last time you taught your staff a dish and what was it?” was a terrific question. One that could be applied to many a sales manager. Not only had he no recollection of any such instance, but when cooking in the training area (a 70-foot truck kitted out with all manner of cutting edge kitchenery dubbed “Hell On Wheels”) it became clear he was not at the required culinary skill level.

Gordon urged the owners to make a tough decision. As he trudged away, Steve evoked the sentiment of the famed wisdom, “the graveyard is full of indispensable men”. The truism also, of when you arrive to turn things around, management consultants insist someone ‘important’ is sacked early.

Viewers delighted in the resultant promotion of Nicole, 45, who started 25 years ago as a dishwasher. Now Head Chef herself. “Change is good”, she’d said before being given the top job.

The glorious relaunch was mixed with wheels-coming-off tension. In the end, the community seemed thrilled.

Ramsay showed up problems with half-dozen symptoms. Are you showing similar? 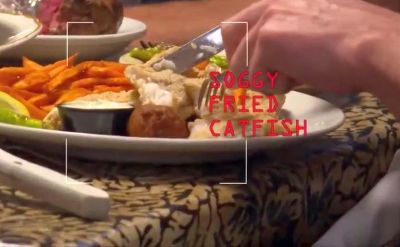