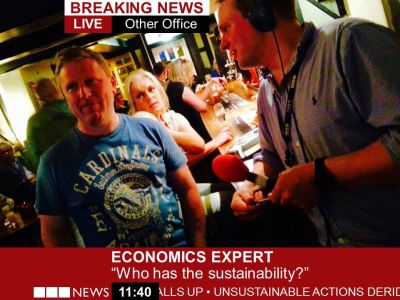 It’s pretty straightforwad to make a media star of anyone who’s wisdom you wish to highlight in a slidedeck.

The two major London-based news networks deploy a standard look for when they go out-and-about.

I’ve mocked up a slide here for each of the BBC and Skynews.

Any news channel of choice will suffice.

You can easily play around with the text.

Preferably to make a point in the person’s favour that lends itself nicely to your argument.

Any photo you get of the subject ‘in action’ could well be a winner.

In fact, like many of this ilk, the more mundane a setting, then possibly the better. 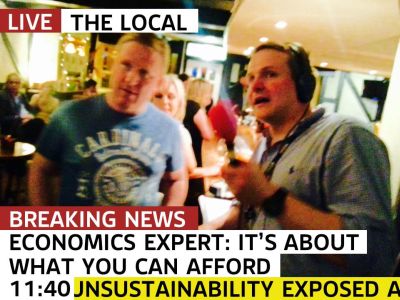 Evolution: For those residing within The Albion, I note during May 2015, Skynews slightly altered their screen display. Here’s an example below, shot off the telly. 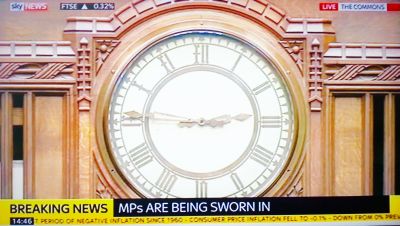 When they’ve a talking head on, their name in white text tends to go on the upper bar left slot then coloured red. Quotables cover the mid section, now white with black text split over two lines if need be. A far-right red block replaces ‘breaking news’ yellow. The ticker for non-breaking news becomes white rather than yellow.